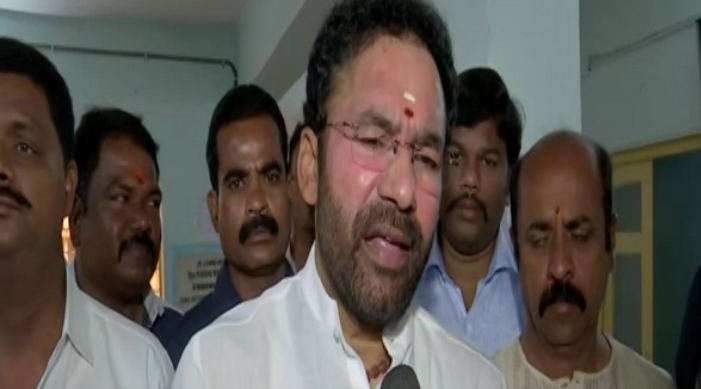 Minister of State for Home Affairs G Kishan Reddy on Sunday said that the rumours unleashed by a section of political parties and social media added fuel to Delhi violence.
"During last week we have witnessed disturbances in Delhi. Unfortunately, many innocent people lost their lives and property, including a brave constable. The rumours unleashed by a section of political parties, social media and media added fuel to fire," Reddy said while speaking at the ISB Policy Conclave in the city.
Highlighting the continuous anti-CAA agitation in the country, Reddy said the Modi government is determined to go to the bottom to unveil the truth.
"Modi government is determined to go to the bottom of the truth to unveil conspiracy, if any, that triggered the riots. I will reiterate, the CAA is not to take away the citizenship of any Indian but to give citizenship to persecuted religious minorities in Pakistan, Bangladesh and Afghanistan," Reddy said.
"The Nation in 1950 was divided on religious grounds against the will of India and it was assured during the division that the rights of the minorities in the respective nations will be protected. The Citizenship Act was brought by the previous government as well, then on what basis are they opposing the law now," Reddy stated.
At least 42 people were killed in the violence that rocked North-East Delhi over the past few days.
Courtesy: Business Standard

Any form of surveillance not possible in India, says Union Minister Vaishnav

With checks and balances in Indian laws, surveillance of individuals through spyware technology is not possible, he said

Illegal surveillance not possible in India: Union IT Minister

There should be meaningful discussion in both the Houses, Prime Minister Narendra Modi said