All schools open in Kashmir now, students happy to return to classrooms 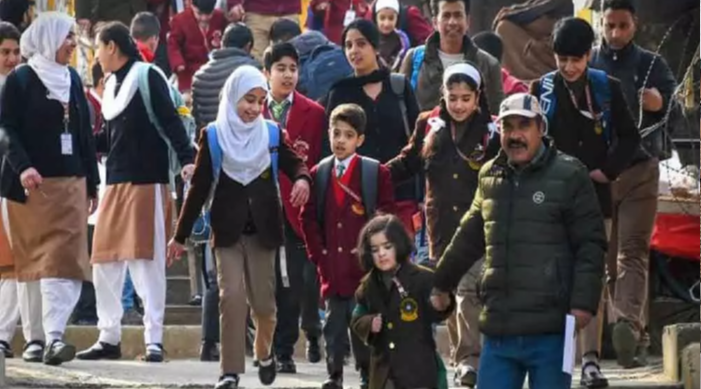 Donning uniforms after nearly seven months, thousands of students on Monday turned up at their schools that re-opened across the Kashmir Valley after remaining shutdown for several months

Javed said the students felt bored at home and it was exciting to be among friends and classmates once again.“There was not much to do at the home. It was boring to sit, not do much all these months and wait for the schools to re-open. Finally, there is some excitement,” he said.

The only time the students or their parents had visited the schools in the last few months was to either collect or submit their home assignments in the absence of any classes.“I had gone to the school a few times in these past months to collect assignments, but there were no classes. I wanted to attend the classes because I want to study and become a doctor,” Numaan, a class 4 student, said.

Teachers expressed hope of a good year ahead so that students get uninterrupted education, saying the education of the children suffered last year due to the situation in the valley.“Without getting into the politics, I want to say that children's education suffered last year. I want regular, uninterrupted education for students this year and hope there are no disruptions this year,” a teacher at a private school in the city here said, wishing not to be identified.

While the government had made several efforts last year to re-open schools in a phased manner following the Centre's decision to do away with Jammu and Kashmir's special provisions, its attempts failed to bear any fruit as parents kept their wards at home due to apprehensions about their safety.

Towards the end of the year, few schools opened, but asked students to attend their classes without wearing school uniforms. Director School Education Kashmir, Mohammad Younis Malik has urged teachers to work with dedication for building capacities of students for their better future.“It is our responsibility to extend our support to them and redouble efforts to get their syllabus completed well in time,” the director said. He has instructed field officers to visit schools regularly to monitor the follow up of academic planner for timely accomplishment of set targets.