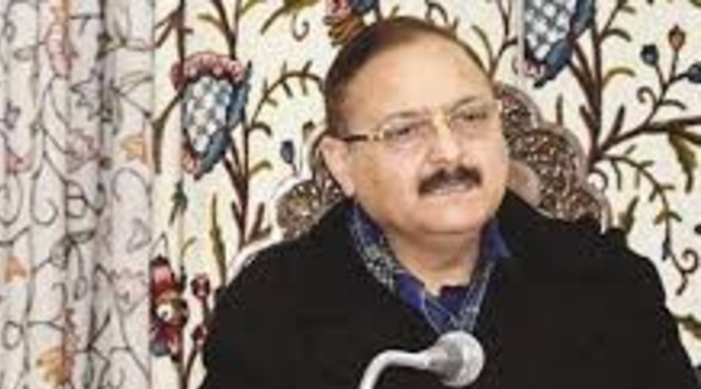 Principal Revenue Secretary Dr. Pawan Kotwal said that the scanned documents would also be available at Tehsil Level so that public can have access to those documents

Principal Secretary, Revenue, Dr Pawan Kotwal today said that 92 per cent revenue records in Jammu & Kashmir have been digitized, assuring that the Government was taking all possible measures to bring vibrancy in the department—which is considered as backbone of the administration.

Speaking to several delegations during a Public Grievance Camp here today, Kotwal said that there are about 6.6 crore revenue documents and 55,000 revenue maps in Jammu and Kashmir—which need to be scanned, digitized and updated. He said that in order to speedily complete computerization of revenue records, early completion of writing and computerization of Jamabandis officers of the Revenue Department have been directed to club the Phase-II and Phase-III of DILRMP for the completion of 100 % work by March 2021.

He said that the scanned revenue, land documents would also be available at Tehsil Level Record Rooms so that public can have access to those documents.

Kotwal informed that as directed by Lieutenant Governor Girish Chandra Murmu, the Department of Revenue was making every possible step to make Data Centre of J&K ready by 31st March. He said that the department was also working for creation of Disaster Recovery Centre making it functional before June 2020.

He said that Rs 24. crores have been released for the computerization of the registration system while as DPR, estimating the cost of Rs 48 crore have been formulated.

The Principal Secretary said that 28 Sub-Registers would be posted on regular basis and the registration process would be done on monthly and hassle-free basis.

The process of digitization of land records is being carried out under Digital India Land Records Modernization Programme (DILRMP).

The project aims to provide computerized management of the land records and their digital maintenance would make it easier and quicker to obtain updated land revenue records.

“We are working on the shortcomings and more manpower is tasked to complete the work,” he said, adding that the pace of the work at Central Record Room (CRR) Srinagar also called Muhafiz Khana of the Revenue Department has also picked up its pace. Likewise, Central Record Room Jammu under DILRMP has been carrying out computerized management of the land records and ensuring digital maintenance of the vital documents.