J&K’s delimitation likely to be initiated in February 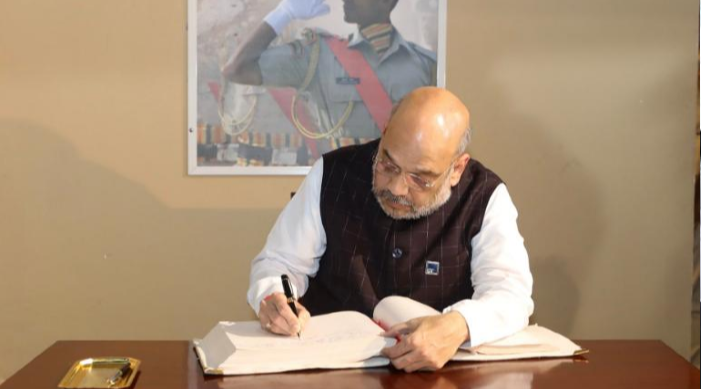 The delimitation in the new UTs of Jammu and Kashmir, Ladakh will be initiated by Union Law Ministryin the beginning of the February

The Union law ministry in consultation with the election commission and Jammu and Kashmir administration is likely to set up a commission any time now to start the process of delimitation in the newly-created Union Territory.

However sources said that after setting up the commission, the decision on delimitation and thereafter the Assembly Elections will depend on the security considerations in the region.

Highly placed sources told that the process to kick-start delimitation in the newly-carved out UTs of Jammu and Kashmir, Ladakh will be likely initiated by Union law ministry in consultation with the Election Commission and state administration in the beginning of the February.

“It looks likely that the delimitation exercise for the state will have to be carried out, and the EC will have to carry out the exercise after a Delimitation Commission is appointed,” the sources said.

According to the provisions of the Jammu and Kashmir Reorganisation Bill, 2019, introduced in the Rajya Sabha by Union Home Minister Amit Shah, “the number of seats in the Legislative Assembly of Union Territory of Jammu and Kashmir shall be increased from 107 to 114,” and the delimitation exercise “may be determined by the Election Commission”.

In Jammu and Kashmir, delimitation has been a controversial issue since it is believed that after the exercise, the number of seats in the Jammu region would increase, and that would lead to more political gains for the BJP at the cost of regional parties.

The Election Commission of India (EC) had, in fact, held a meeting regarding the matter in August, days after the government’s Article 370 move.

The EC had, according to the report, looked at the precedents of other bifurcated states, such as Jharkhand, Chhattisgarh and Uttarakhand, among others. The EC had also made known the legal position on the issue to the Union Law Ministry.

According to Section 62 (2) of the J&K Reorganisation Act, the Delimitation Commission “shall take effect from such date as the Central Government may, by order, published in the Official Gazette, specify”.

Meanwhile Bharatiya Janata Party (BJP)’s working president, J P Nadda, on Sunday said that elections in Jammu and Kashmir (J&K) will be held only after the delimitation of seats.

“Jammu and Kashmir has been given the status of a Union Territory but it will also have a legislature. Elections will be held. But before that there will be delimitation of constituencies,’’ he said in Thane Mubmai.

The Centre on August 5 abrogated Constitution’s Article 370 that gave J&K a measure of autonomy and split it into two Union territories.

Nadda said Scheduled Tribe seats will also be reserved for Gujjars and Bakarwals in J&K
The BJP is pressing for delimitation as it hopes that the Jammu region, which is larger in area than Kashmir, will get more seats than the Valley after the exercise, helping it realise the dream of forming a government in Jammu and Kashmir on its own.