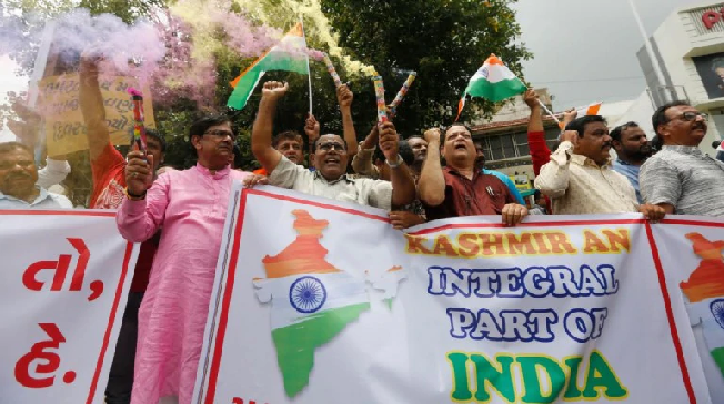 If a passerby in Srinagar is asked about the importance of Article 370, we will get a prompt reply that this article is a guarantee of preservation of our identity, and a protection of our lands against going into the hands of non-Kashmiris. This is what they have been told for past 72 years.

Many people in Kashmir Valley honestly believe that if Article 370 is scrapped, land mafia of India will swoop down on them like vultures on a dead body. Some of them may also tell us that even Maharaja Hari Singh was afraid of such land grabbers before Partition. It was first proposed by the advisors of the Maharaja, and most of them were Hindus. Long before the British strategists had realised the importance of Kashmir, especially the Gilgit for the security of British Empire, many bureaucrats and legislature were advising the British government to take over the state of Jammu and Kashmir. Some of them wanted it to be developed as great place for the retiring bureaucrats as well as tired military personnel. Maharaja knew that if he does not introduce the concept of state subjects he may not be able to prevent the British making Kashmir a second home.

It was argued that the Indian Constitution cannot be immediately applied to the Jammu & Kashmir state because it was a disturbed area. Pakistani invaders were still in the State and the Jammu & Kashmir had a case to fight in United Nations (UN). The Article 370 was supposed to help implementation of central laws gradually. But when a separate Constitution of Jammu & Kashmir was adopted, it was realised that Sheikh Abdullah was trying to use the Article 370 to prevent the application of important central laws to Jammu & Kashmir. The way constituent assembly was elected Sheikh Abdullah could delay such an attempt by the Indian Government for pretty long time, because his party had managed to win all 75 seats of Constituent Assembly, which was more than enough to keep the India at bay.

During his rule from 1947 to 1953 when he was dismissed, he did not allow government of India to make any significant progress in this regard. Sheikh Abdullah had already changed tack by talking of sovereignty of Jammu & Kashmir and demanded further guarantee from the government to debar India legally from curtailing the powers of the State Government. Application of certain laws and extending the central institution like Reserve Bank, Election Commission, Supreme Court of India and Auditor General of India was possible only after his dismissal and imprisonment.

Sheikh Abdullah had started challenging the finality of Accession of Jammu & Kashmir with India and started hobnobbing with influential politicians and diplomats for exploring the possibility of an independent Kashmir. The Praja Parishad Movement against dual residency, two flags and two Heads of State and the visible support it received from some Indian political parties, emboldened Sheikh Abdullah to ask who will safe guard the autonomy of Kashmir, “if something happens to Panditji?” Sheikh Abdullah was suspicious of a democratic system with the provision of majority rule in a multi-racial, multi-religious and multi-linguistic society. In spite of his dismissal the Indian leaders did not try to integrate the state with India legally and allowed the so-called temporary Article to assume a permanent character.

Supporters of Article 370 have been claiming that this legal protection has helped Kashmiris to preserve their indigenous culture and political democracy. Let us look if facts support these claims. Abolishing Zamindari was the most important economic programme during first term of Sheikh Abdullah’s rule. Land taken from the Landlords was to be distributed to marginal farmers and Kashtkars (tillers).

But not enough land was available because it was done in such a way that large land holders were able to convert their paddy fields to orchards. A new Zamindari was created which employed even fewer employees. The village economy was destroyed because those who ran it, the cobbler, the potter, the mason, the carpenter soon found it impossible to live with meagre income and said goodbye to their home and hearth to bone breaking jobs as labourers in pilgrim and tourist centres. These uprooted labourers were only a shade better than the miserable ‘Hatos’ of nineteenth century.

As far as the renovation of Srinagar is considered less said, the better. The posh colonies built during this period were all in South Srinagar and the areas reclaimed from the poor Dal lake and by filling its famous Canals. It was the beginning of decline and decay of the precious jewel of Kashmir. Residents downtown know that lane and drains of their city were as bad and unhygienic as in 1947. Kashmiris in that period never knew any free voting. Elections were managed through storm troopers of National Conference (NC). There was no concept of Panchayati raj.

The legacy of Sheikh Abdullah was carried forward by Bakshi and others. They too found Article 370 an effective tool to blackmail the Delhi politicians. A small number of families ruled the State and created a fertile ground for the growth of terrorism. Fast growing unemployment in youth shattered dreams and decades of violence were bound to create a state of depression in the youth, which was evident by the fact that drug addiction had gone up by eighteen times in last two decades. Modi Government could have pushed the dirt under the carpet, as usual. But it did not. It had to take a firm step, of course with lots of risk, but then, Narendra Modi is just made for such a situation.

Am ending the Article 370 was a technical necessity but it is more important to restore the faith of the people in democratic and administrative machinery, which has been eroded to a level of sheer alienation with the entire system. Reorganising the Jammu & Kashmir into two centrally administered units was an appropriate and rational way to solve the complex problems. It is very difficult to convince the people that they are going to participate, not only in policy formation but also its implementation as well. Jammu & Kashmir is going to enter a new phase of participatory democracy.

Identifying the problems and starting to solve them immediately can only happen if the whole system is directly under the control of the centre. It saves time, money and the paperwork. It was a long standing demand of the Ladakhi people that the Ladakh be brought under central administration. Considering the strategic importance of Ladakh it was not only a political but also a security priority. Once the people start thinking for themselves and their progeny, without any external pressure, Jammu and Kashmir shall again be a normal state like its neighbouring states, Himachal, Punjab and Uttrakhand.