Women’s rights and the Jammu and Kashmir Reorganisation Act – analysis


kanksha Khullar, Researcher at the Centre for Internal and Regional Security at IPCS | 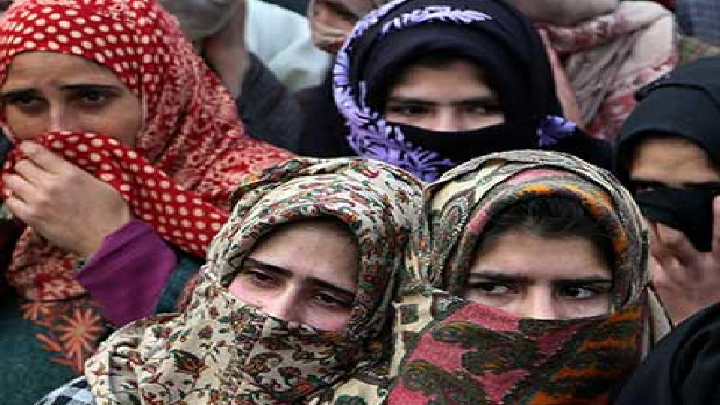 For women who were Permanent Residents of J&K, the decision on Article 370 and 35A facilitates better access to equal opportunities and rights

Since August 2019, several explanations have been provided to justify the Jammu and Kashmir Reorganisation Act, 2019. Among these is a claim that this decision facilitates equal rights for women domiciled in the erstwhile state of Jammu and Kashmir (J&K). To what extent does it achieve this stated outcome? This commentary examines this in the context of the territory which now comprises the Union Territory of J&K.

Article 370 granted a special autonomous status to J&K, which in turn limited the enforcement of constitutionally guaranteed fundamental rights and central government legislations in the state. As a result, the people of J&K were not entitled to certain rights and privileges enjoyed by their fellow citizens in India. Tied to Article 370 was another controversial provision, Article 35A, which empowered the J&K state legislature to define permanent residents (PR) of the state and provide special rights and privileges to those PRs. Women PRs marrying non-permanent residents (NPR) lost their PR status, which led to a denial of their right to inherit or own property.

The discriminatory impact of this provision on female PRs of J&K was overruled by the 2002 J&K High Court judgment in the ‘State of Jammu & Kashmir v. Susheela Sawhney’case. This landmark judgment held that the “a daughter of a permanent resident marrying a non permanent resident will not lose the status of permanent resident of the state of Jammu and Kashmir,” thereby clarifying female PRs’ right to inherit property. However, this judgment did not confer such rights to their progeny. Ironically, such exclusionary provisions did not apply to the children of male J&K PRs marrying female NPRs.

The combination of the inapplicability of constitutional rights and discrimination on the basis of gender thus worked against the women of J&K, and from this perspective, the change pertaining to Article 370 does facilitate the government’s stated outcome. For example, women now have access to guaranteed constitutional rights of equality that are no longer contingent upon the disposition or open-mindedness of their leaders or on the discretion of legislation.

However, this is not to say that J&K had no systems in place to uphold the rights of female PRs. From time to time, the state legislature carved out laws that envisaged a set of gender-sensitive provisions. However, because these laws were vulnerable to change/revocation as easily as they were introduced, they did not do much for the benefit of women, and instead created uncertainty regarding the availability as well as the security of women’s rights.

For example, notwithstanding the 2002 judgement, the then PDP-Congress coalition government introduced the Permanent Residents (Disqualification) Bill in 2004, which sought to introduce a provision by which female PRs marrying male NPRs would lose their PR status as well as associated rights and privileges. However, due to pressure from Jammu, the J&K legislative council adjourned the discussion on the bill without taking a vote. The bill lapsed and was never re-introduced.

By eliminating 35A—the provision that enabled gender discrimination—the debate on defining J&K PRs has concluded. This contributes to a progression in the natural rights of the women of J&K, with those married to ‘outsiders’, and their children, being able to share the same rights and privileges applicable to others.

Another example of discrimination was seen in Muslim divorces, which came under the J&K Muslim Personal Law Application Act (2007). By this Act, all Muslims were governed by the precepts of Islamic laws, which entitled men the absolute power to divorce their wives by simply uttering Talaq thrice. This discriminatory practice has been consistently challenged by the women of J&K, and can be illustrated through some key court cases.

In the 2012 case of Mohammed Naseem Bhat vs. Bilquees Akhter and others, the J&K High Court upheld that a husband cannot divorce his wife merely by uttering Talaq thrice; thus virtually abolishing the practice. However, two years later, in the 2014 Masrat Begum v Abdul Rashid Khan case, the same court held that it was beyond the competence of the court to interpret Quranic verses without knowledge of the context in which they were made, thus overturning the 2012 judgement. This was reversed in 2016 with the J&K High Court upholding the original 2012 judgement in a petition filed for the review of the Naseem Bhat case. Ultimately, despite the endless struggle to secure their rights, the J&K state assembly did not adopt any permanent legislation to ensure equal powers for women in matters of marriage and divorce.

With the de-operationalisation of Article 370, the women of J&K are thus empowered with greater equality in these issues, and have greater access to justice as India’s Muslim Women (Protection of Rights on Marriage) Act, which outlaws the practice of instant triple Talaq, is now applicable to the UT.

For women who were PRs of J&K, the decision on Article 370 and 35A facilitates better access to equal opportunities and rights. That being said, clarity on the specifics of how this decision will play out in practical terms for women from diverse communities of J&K is still limited. At this juncture, the tangible outcomes of the benefits visible on paper remain to be seen.