Abrogation of Article 370 is "Redemption" of J&K: Vice President 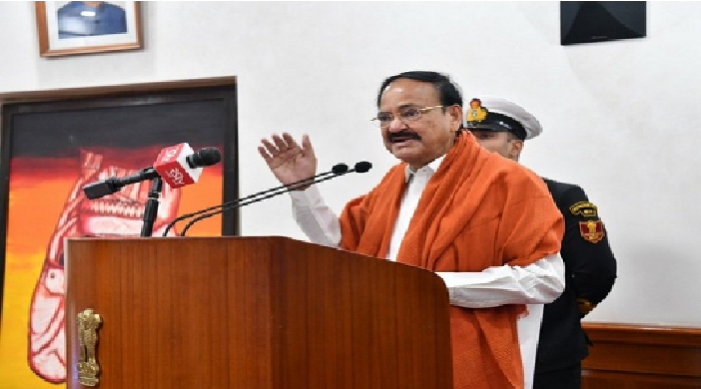 The cross-border militancy has spoiled the prospects of an entire generation of bright local youth, he said

Vice President Venkaiah Naidu on Monday asserted that revocation of Article 370 in Jammu and Kashmir, which suffered from a developmental deficit for decades, must be seen as the region's redemption on the path of progress.

Venkaiah Naidu took to Twitter and said, "For decades Jammu and Kashmir region has suffered developmental deficit due to terrorism. Abrogation of Article 370 must be seen as the redemption of Jammu and Kashmir on the path of progress."

He said that the cross-border militancy has spoiled the prospects of an entire generation of bright local youth. "We cannot let this continue. It [Article 370] was a temporary provision that has long outlived its utility. Its abrogation was essential to fast-track the progress of the region," he tweeted. The central government had, in August this year, announced the decision to scrap Article 370 of the Constitution which gave special status to the erstwhile state of Jammu and Kashmir and bifurcate the state into two Union Territories.

Jammu and Kashmir is the "crown of India", the Vice President said, adding that it is blessed by nature with snow-capped mountains, lush green valleys, and pristine streams.

"Kashmir has always been known for the friendly nature of its people, their sublime spiritual tradition, the exquisite cuisines, attires, culture, and music," he added.

Giving a push to the region's tourism, Venkaiah Naidu said that travel is a method of learning. "You get to see the diversity of our great country and appreciate the thread of cultural and emotional unity underneath this diversity."

He also interacted with a score of students from Jammu and Kashmir at the Uparashtrapati Niwas today. "I commend the Indian Army for arranging this visit of young students from Jammu and Kashmir. I believe that your visit to Delhi would a memorable one and you will get to see the rapid changes taking place in the country and the new opportunities that would emerge from these changes," he stated in the tweet.