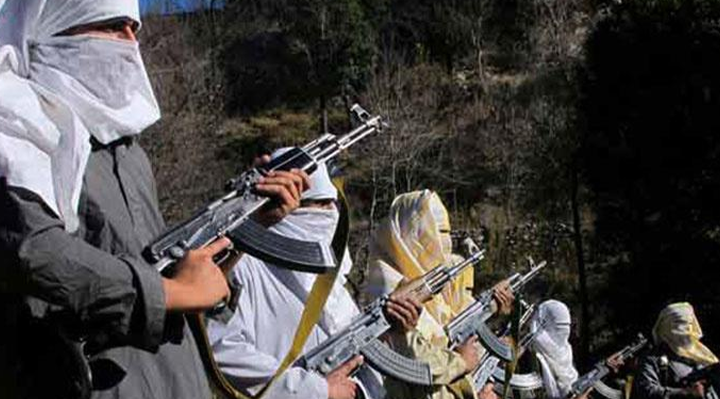 Anti-Pakistan protests were held outside the Pakistani embassy in Washington DC on December 8 against Pakistan-sponsored terrorism against India, Afghanistan and other western countries. The protests were held by Indian Americans and members of Kashmiri diaspora, joined by US veterans who fought wars in Afghanistan. The demonstrators held placards and banners against terrorism sponsored by Pakistan.

"It is a human tragedy that Pakistan-sponsored terrorism resulted in the genocide of Kashmiri Hindus during the dark period of 1989-1991. While the world remained silent, these terrorists committed the most outrageous human rights violations by killing, raping, and uprooting about 4 lakh (400,000) native Kashmiri Hindus who were forced to flee Kashmir," said Mohan Sapru, who is also the Washington DC coordinator of the Global Kashmiri Pandit Diaspora.

US Country Reports on Terrorism described Pakistan as a safe haven for terrorists where terror organisers can operate, raise funds and train their cadre in security, cited Sapru.

"The current Prime Minister of Pakistan has publicly acknowledged the presence of 30,000-40,000 armed terrorists in his country. Whether terrorist acts happen in Kashmir, or Mumbai or any other part of the world, at the end of the day, terrorism is a blot on the conscience of humanity and cannot be a legitimate means to settle disputes in a civilized world," he added.

"There is widespread anguish that despite documented proof implicating Lashkar-e-Taiba, and former Pakistani Prime Minister Nawaz Sharif admission that the Pakistani government played a role in the 2008 Mumbai attack, the terrorist organisation continues to be shielded and nurtured by Pakistan. It is high time to declare Pakistan a terrorist state," said Adapa Prasad, a prominent community leader.

The demonstrators also raised posters demanding 26/11 Mumbai attack culprits to be brought to justice. An attack that was carried out by Lashkar-e-Taiba (LeT) terrorists martyred 166 people and injured over 300. Despite India's repeated pressure on Pakistan to take action against the terror groups operating from its soil, Pakistan still continues to harbour UN-designated terrorists and their organisations.