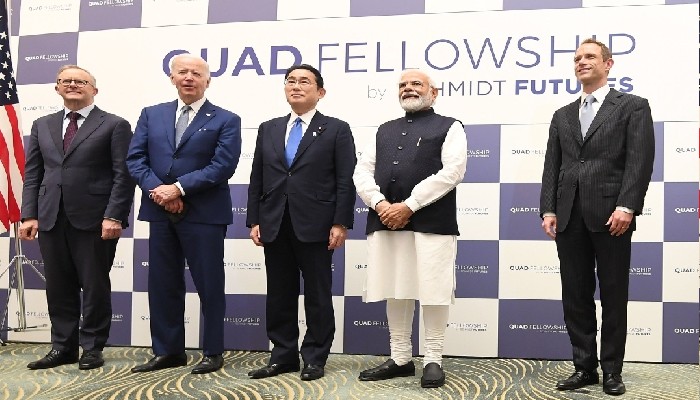 The first Quad Fellows will begin their studies in the third quarter of 2023.

The Quad Fellowship, which will send 100 students from member nations to the United States each year to pursue graduate degrees in STEM subjects, was launched on Tuesday.

It was launched during the 2nd in-person Quad Leaders' Meeting in Tokyo, Japan.

Quad leaders also addressed a host of other issues, including climate, cybersecurity, space and marine domain awareness in the Joint Statement issued after the meeting.

Recognizing the urgent need to address climate change as emphasized in the latest IPCC reports, the Quad leaders agreed to steadfastly implement the Paris Agreement and deliver on the outcomes of COP26, accelerating their efforts to raise global ambition, including reaching out to key stakeholders in the Indo-Pacific region and supporting, strengthening, and enhancing climate actions by partners in the region including through mobilizing climate finance, both public and private, and facilitating the research, development, and deployment of innovative technology.

They launched the "Quad Climate Change Adaptation and Mitigation Package (Q-CHAMP)” with "mitigation” and "adaptation” as its two themes.

Taking into account the growing risks to cyber security, the Quad Leaders stated they realised the urgent need for a collaborative effort to improve cybersecurity.

They also stated their commitment to strengthening the defence of our country's essential infrastructure. Under the Quad Cybersecurity Partnership, the Quad partners will coordinate capacity-building projects in the Indo-Pacific area.

The Quad Fellowship, which will send 100 students from member nations to the United States each year to pursue graduate degrees in STEM subjects and is overseen by Schmidt Futures, has been officially launched.

The first Quad Fellows will begin their studies in the third quarter of 2023, and they are looking forward to assembling a remarkable group of next-generation STEM brains who will lead their nations in cutting-edge research and innovation.

Leaders expressed their support for the Indo-Pacific Partnership for Marine Domain Awareness (IPMDA), a new maritime domain awareness effort meant to collaborate with regional partners to respond to humanitarian and natural catastrophes as well as prevent illicit fishing.

Following their virtual summit on March 3, 2022, they announced the formation of the "Quad Partnership on Humanitarian Assistance and Disaster Relief (HADR) in the Indo-Pacific," fulfilling their pledge.

They also stated that their partnership would continue to strengthen in order to respond efficiently to catastrophes in the region. 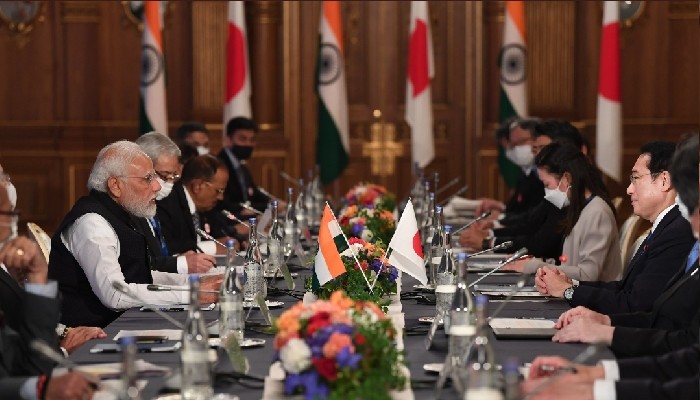