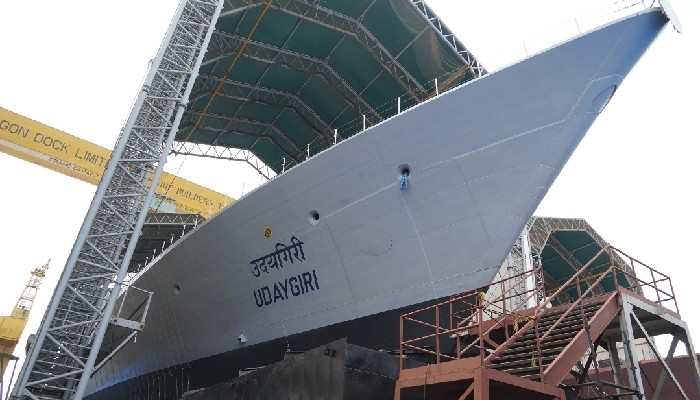 INS Udaygiri is the third ship of Project 17A Frigates.

INS Surat, a Project 15B Destroyer, and INS Udaygiri, a Project 17A Frigate, will be launched jointly at Mazgaon Docks Limited, Mumbai, on Tuesday, marking a watershed moment in the history of indigenous warship development.

Defence Minister Rajnath Singh, will attend this event as the Chief Guest.

'Surat' is the 4th ship of Project 15B Destroyers, which marks the beginning of a major overhaul of the P15A (Kolkata Class) Destroyers. It is named after Gujarat's commercial city, which has a long marine and shipbuilding heritage, the Ministry of Defence said on Monday.

The ship Surat has been built using the Block construction methodology which involved hull construction at two different geographical locations and has been joined together at MDL, Mumbai, the defence ministry said.

The Project 15B class of ships are the next generation stealth guided missile destroyers of the Indian Navy being built at the Mazgaon Docks Ltd, Mumbai.

The first ship in this class was commissioned in 2021. The second and third ships have sailed and are in various phases of outfitting and testing.

INS Udaygiri, on the other hand, is the third ship of Project 17A Frigates and is named after the famous mountain range of Andhra Pradesh. These are follow on of the P17 Frigates (Shivalik Class) with improved stealth features, advanced weapons and sensors and platform management systems, the defence ministry explained.

'Udaygiri' is the reincarnation of the erstwhile Leander Class ASW Frigate 'Udaygiri', which saw numerous challenging operations in its illustrious service to the country spanning over three decades from 18 Feb 1976 to 24 Aug 2007.

It should be noted that the P17A Project's first two ships were launched in 2019 and 2020 at MDL and GRSE, respectively.

According to the defence ministry, a total of seven ships are being built under the P17A programme, with four at MDL and three at GRSE.

Both the 15B and P17A ships were developed in-house by the Directorate of Naval Design (DND), which has served as the nation's focal point for all warship design processes.

During the shipyard's construction phase, approximately 75% of the orders for equipment and systems were placed with indigenous firms, including MSMEs, demonstrating the country's commitment to the "Atmanirbhar Bharat" initiative, the defence ministry said. 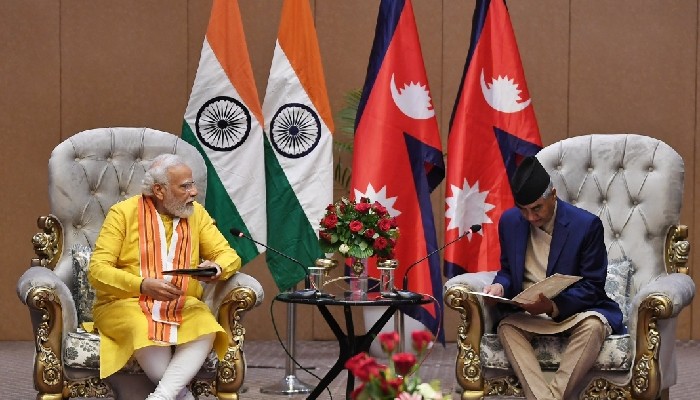 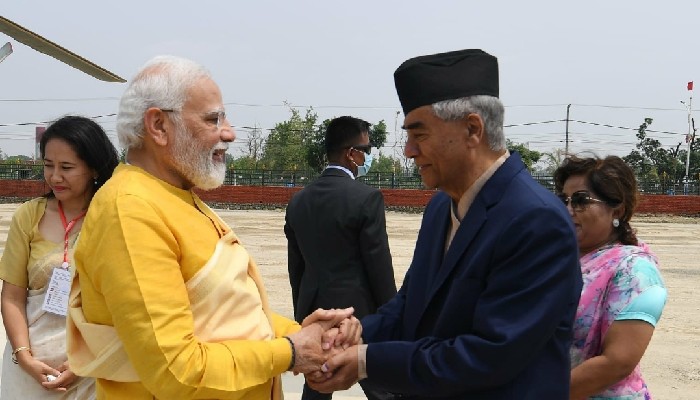