Prime Minister Narendra Modi has described his visit to Germany as "productive".

"My Germany visit has been a productive one. The talks with @Bundeskanzler Scholz were extensive and so were the Inter-Governmental Consultations. I got a great opportunity to interact with business and Indian community leaders. I thank the German Government for their hospitality," he tweeted before leaving for Copenhagen, Denmark.

The two leaders later participated in a Business Round Table.

During the visit, Prime Minister Modi also addressed and interacted with the Indian community in Germany at the Theatre am Potsdamer Platz, Berlin.

More than 1600 members of the vibrant Indian community in Germany consisting of students, researchers and professionals participated in the event, the Prime Minister's Office (PMO) said.

Prime Minister Modi noted their contribution to Germany’s economy and society and enthused them to contribute to India's "Vocal for Local" initiative by promoting Indian products globally, the PMO added. 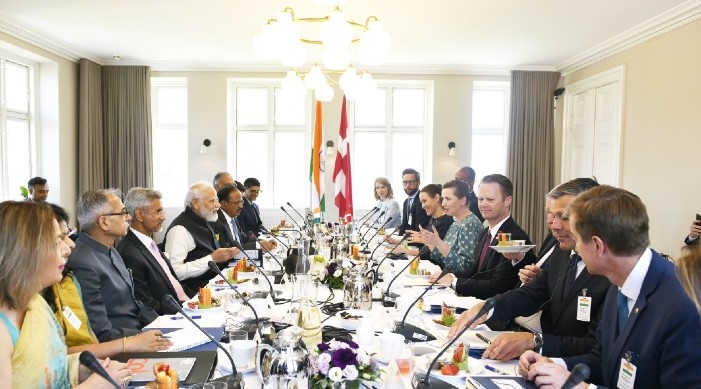