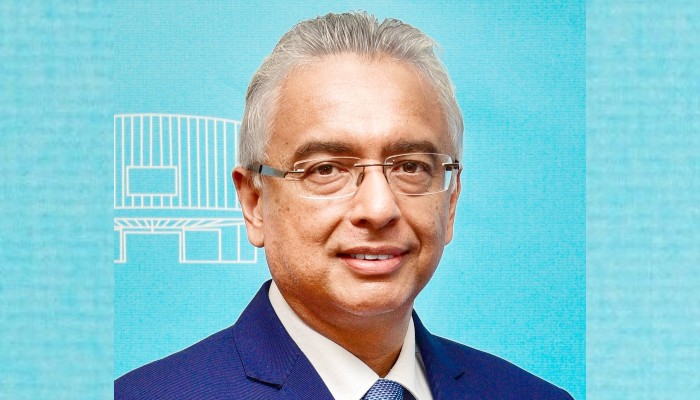 Mauritius Prime Minister Pravind Kumar Jugnauth will pay an eight-day (April 17 to 24) visit to India from tomorrow, the Ministry of External Affairs said in a statement on Saturday.

Visiting India at the invitation of Prime Minister Narendra Modi, the Mauritius Prime Minister will participate in the ground-breaking ceremony of the WHO Global Centre for Traditional Medicine in Jamnagar on April 19 and the Global Ayush Investment and Innovation Summit in Gandhinagar on April 20, the MEA said.

According to the Ministry, apart from official engagements in Gujarat and New Delhi, the Prime Minister of Mauritius will also visit Varanasi during the visit. The Mauritius Prime Minister is visiting India, accompanied by his spouse Kobita Jugnauth and a high-level delegation.

On this occasion, the two Prime Ministers had also taken part in a virtual foundation stone laying ceremony for two other projects - construction of a state-of-the-art Civil Service College and a 8 MW Solar PV Farm - also undertaken as part of India's development support. The event was held via video-conference.

The event in Mauritius was held in the Mauritian PMO premises in presence of dignitaries including Cabinet Ministers and senior officials of the Government of Mauritius.

In May 2016, India had extended a grant of US$ 353 million as Special Economic Package (SEP) to execute five priority projects, which included the Metro Express Project, Supreme Court Building, New ENT Hospital, Supply of Digital Tablets to Primary School Children, and the Social Housing Project.

The Civil Service College project, located in Reduit, was financed through a grant support of US$ 4.74 million, under an MoU signed in 2017 during the visit of Prime Minister of Mauritius Pravind Jugnauth to India.

Once constructed, this will provide a fully equipped and functional facility for the civil servants of Mauritius to undertake various training and skill development programmes.

It will further strengthen institutional linkages with India, the MEA added.