India will not spare anyone if harmed: Defence Minister Rajnath Singh 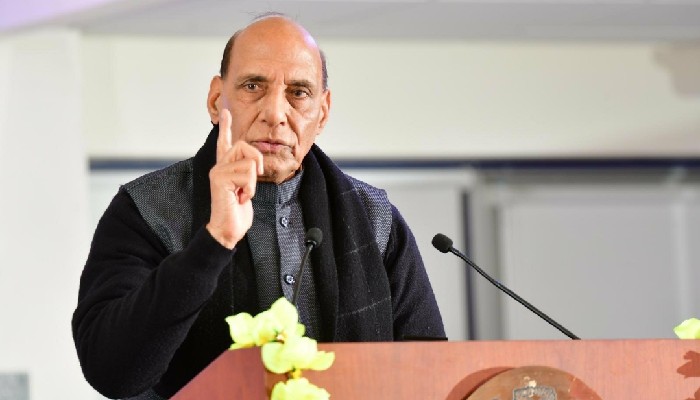 India will not spare anyone if harmed, Defence Minister Rajnath Singh said on Friday in a strong warning to China. He pointed out that India under Prime Minister Narendra Modi has emerged as a powerful country and is headed to be among the top three economies of the world.

Addressing the Indian-American community in San Francisco, US, Singh said, "I can definitely say that a message has gone (to China) that India will not spare anyone, if India is harmed. (Bharat ko agar koi chherega to Bharat chhorega nahi)," he said.

India and China have a long-standing border dispute which took a violent turn on June 15, 2020 during the stand-off in Eastern Ladakh's Galwan Valley. Twenty India soldiers were killed in action while China lost an unspecified number of military personnel.

Multiple rounds of talks have since been held at the military and diplomatic levels for disengagement and de-escalation.

Referring to India-US ties, he argued that India believes in having a bilateral relationship which is based on “win-win” for both the countries. India does not believe in zero-sum game diplomacy, he stressed, adding that if India has a good relationship with one country, it does not mean that its relationship with any other country will deteriorate.

The remark assumes significance since the US and several other western nations have been keen that India comes out against Russia over its invasion of Ukraine.

"We had discussions on a range of bilateral, defence and global issues. It was heartening to note that as world’s largest democracies, we have convergence of views on most of them," Singh had said in a press statement issued after the 2+2 ministerial.

He also had a separate bilateral meeting with US Defence Secretary Lloyd Austin. Singh then visited Hawaii before reaching San Francisco.

During his interactions with top US military officers, Singh expressed satisfaction at the significant progress in the India-U.S. Defence Partnership.