People-to-people ties are the heart of our partnership, says US Embassy in India 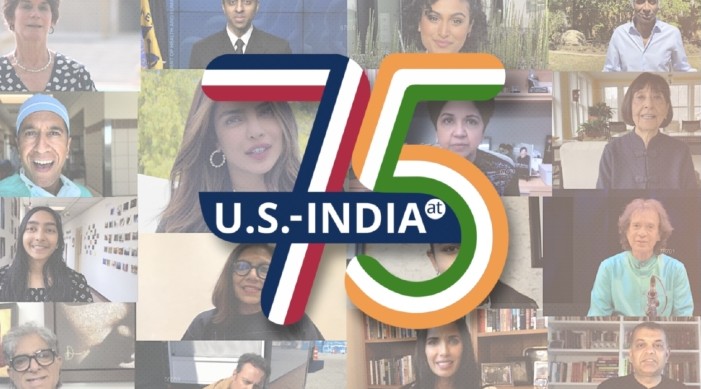 The US Embassy and Consulates in India released a video message on 75 years of the U.S.-India relations.

Americans are now the second-largest group of foreign citizens visiting India, the US mission said

Releasing a star-studded video message to celebrate 75 years of U.S.-India relations on Thursday, the US Embassy and Consulates in India said people-to-people ties were the heart of the partnership.

"We’re celebrating 75 years of #USIndia relations with some of the most iconic and accomplished members of the Indian diaspora. Our people-to-people ties are the heart of our partnership. Cheers to our deep and growing relationship and on to 100!" the US Embassy in India said while posting the video on Twitter.

People-to-people ties are one of the cornerstones of the U.S.-India relationship. In 2019, 15 million Indian visitors traveled to the United States, and Americans are now the second-largest group of foreign citizens visiting India, said a statement by the US Embassy and Consulates in India.

US Embassy Chargé d’Affaires Patricia Lacina said, “At the core of the U.S.-India partnership are the countless personal friendships formed over the years between individual Americans and Indians as they study, work, live, and learn together. The contributors to this video stand at the pinnacle of their respective fields of endeavor, highlighting the many ways that these people-to-people connections have helped both our countries thrive.”

The US Mission in India said it will continue the 75th Anniversary celebrations with a range of events across the country throughout this year.

Earlier this week, Indian External Affairs Minister S Jaishankar had also said that the bedrock of the India-US relationship was its human element.

"It could be the students who come to universities, the flow of talent that defines our knowledge partnership or the indeed the technology and business relationships which promote innovation," he had said in his inaugural remarks at the 4th India-US 2+2 Ministerial Dialogue in Washington DC.

“They are all examples of the human bridge that connects our societies so uniquely,” EAM Jaishankar had said.