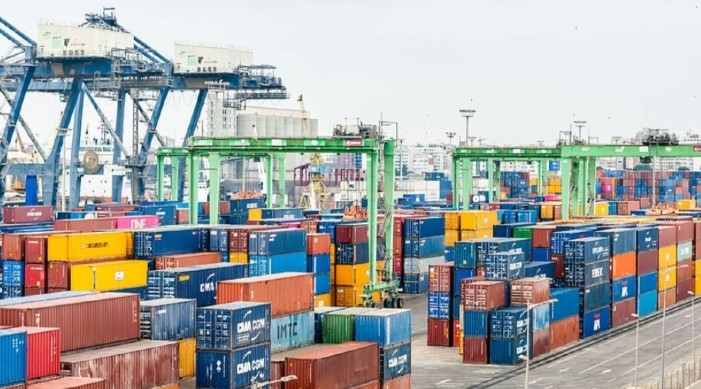 For the first time, India has achieved the targeted $250 billion in service exports during the financial year FY22. The country's services exports have registered a growth of 21.31% from the previous fiscal year, the Ministry of Commerce & Industry said on Thursday.

Overall, India's exports (merchandise and services) touched an all-time high of $669.65 billion in FY22 rising by 34.50% over the same period last year, said the Ministry.

Addressing a press conference in New Delhi, Union Minister of Commerce & Industry Piyush Goyal said India has achieved these exports high despite the slowdown in the economy worldwide due to the Covid-19 pandemic and the recent geopolitical developments in Europe.

“Services sector has achieved the all-time high despite services like Tourism, Aviation, and Hospitality industry being severely affected due to the Covid-19 pandemic," Goyal added.

Further, Goyal said that India has been able to exceed the overall exports target of $650 Billion due to the visionary leadership of Prime Minister Narendra Modi, we turn India into an export focused economy.

Goyal said, "If we have to make India a developed nation, we will have to increase our international engagement. Government has struck vital trade deals with the UAE and Australia towards this end, he said, adding more FTAs and Comprehensive Trade Agreements are in the works with the EU, UK, Canada, and Israel."

"Starting from 'whole of the Government' approach, today 'Whole of the Nation' has joined hands to make India emerge as a trusted partner at the international level, dedicating itself to turn into an economy that provides quality goods and services to the world," he said.

Goyal said that India is now an international aligned economy and the world is our market today, not India.