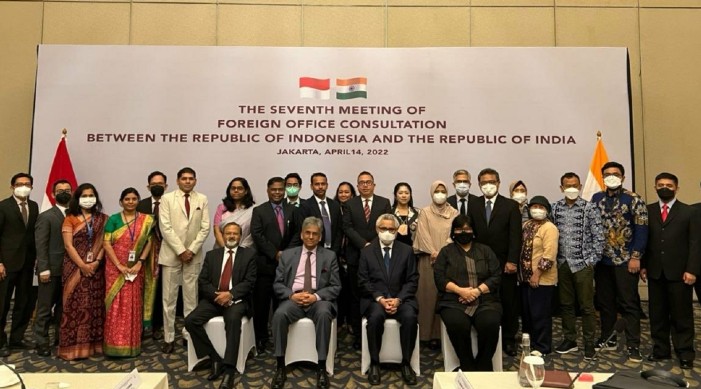 They also commited to strengthen the India-Indonesia Comprehensive Strategic Partnership

India and Indonesia emphasized the need for greater maritime cooperation in the Indo-Pacific during the 7th round of Foreign Office Consultations (FOC) held in Jakarta, Indonesia on Thursday.

According to the MEA, the two sides agreed to improve connectivity between Andaman & Nicobar Islands and Aceh Province, as well as to enhance people to people exchange, and cultural cooperation.

"They also exchanged views on recent regional and global developments, and cooperation within G20, ASEAN framework, the Indo-Pacific Oceans Initiative (IPOI) and ASEAN Outlook on Indo-Pacific (AOIP)," the MEA added.

It was agreed to hold the next round of Consultations in India at a mutually convenient time.