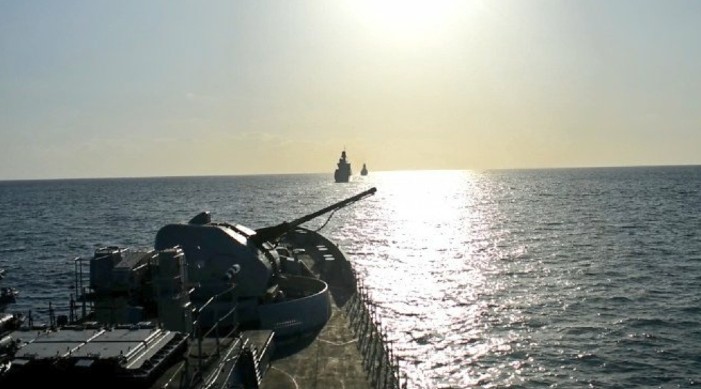 The 20th edition of the Indo-French Bilateral Naval exercise Varuna-2022 was held from March 30-April 3 this year.

India and France are looking at new initiatives as part of their ongoing bilateral defence cooperation.

The matter was discussed at the 20th edition of India-France Joint Staff talks was held in Paris, France according to information provided by the Ministry of Defence on Thursday.

"The discussions focused on new initiatives under the ambit of existing bilateral defence cooperation mechanism and strengthening ongoing defence engagements," said the ministry.

The India-France Joint Staff talks is a forum established to enhance defence cooperation between both the nations through regular talks at the strategic and operational levels.

Varuna-2022, the 20th edition of the Indo-French Bilateral Naval exercise, was conducted in the Arabian Sea from March 30-April 3 this year.

In November last year, India and France participated in the 6th edition of the biennial military exercise, Shakti- 2021. Contingents from India and France had exhibited their combat power and dominance over the extremist groups in simulated Counter Insurgency (CI) and Counter Terrorism (CT) environment.