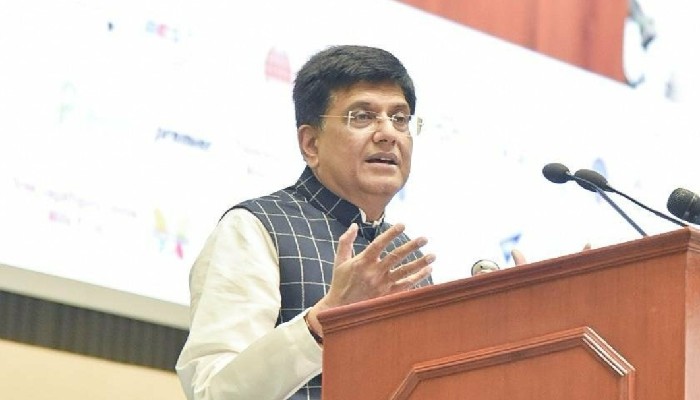 Goyal said, the trade agreements will help in increasing exports from labor-intensive industries. He also said that the Indian Textile industry has the potential to achieve one hundred billion US dollars in exports by 2030.

He added that India must also be open to receiving new technology, rare minerals, raw materials which are in short supply in the country from the world at reasonable costs. “This will only increase our production, productivity and quality, which in turn will increase demand for our products all over the world,” Goyal said.

It may be noted that Indian Textile sector accounts for about 10% (approximately $43 billion) of India’s total merchandise exports. India is the largest producer of Cotton with 23% of global production, sustaining 65 lakh people directly and indirectly, the Minister said.

Goyal further called upon Indian cultivators to adopt new technologies and global best farm practices. He spoke of the AI technology that is enabling farmers in Australia to control spraying operations, as cotton crop is sensitive to spraying through data-driven decision making.

The Minister commented that modern Australian cotton growers were not just farmers but drone pilots, data analysts and agri-scientists. He said that we must augment the capacity of Indian farmers who are already very talented and capable, to make them experts in allied areas as well.

Goyal asked textiles and apparel industry to focus on sustainability and farmers to focus on natural methods of farming. He said that we must encourage innovation, Research and Development and asked farmers to work in collaboration with ICAR, Agri-Universities, IARI and Cotton Research Institutes.

The Minister also said that India must aim for global dominance in organic cotton. He also asked eminent research institutions working in the field of cotton farming and textiles to work with each other to maximize production and productivity.

Lastly, he called upon the nation to work together to achieve the 5F vision of PM Modi for textiles - Farm to Fiber to Factory to Fashion to Foreign.