India hands over 11,000 MT of rice assistance to Sri Lanka 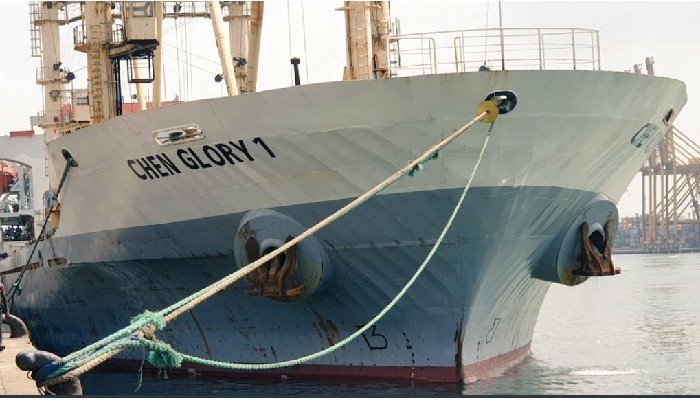 The rice from India reached Colombo port on ship Chen Glory on Tuesday.

16,000 MT rice was supplied under India's multi-pronged support to Sri Lanka in the past week

Ahead of the New Year celebration by the people of Sri Lanka, India on Tuesday handed over 11,000 MT of rice which came under Indian assistance earlier in the day on board ship Chen Glory.

A tweet by the Indian High Commission in Sri Lanka said, “11,000 MT of rice which came under Indian assistance today was handed over by officials of the High Commission to GOSL officials in Colombo port a while ago.”

Another tweet by the High Commission had said, “11,000 MT rice from India reached #Colombo on board ship Chen Glory today ahead of New Year celebration by people of Sri Lanka.”

The tweet further said that 16,000 MT rice had been supplied under India's multi-pronged support to Sri Lanka in the past week alone.

“These supplies which mark the special bond between India & Sri Lanka will continue,” the tweet added.

The supplies come as the island-nation grapples with its most severe economic crisis in decades.

India had in March this year provided a $1 billion credit facility to Sri Lanka for procurement of food, medicine and other essential items by the island-nation as it deals with a worsening financial crisis.

An agreement for the credit facility was signed between the State Bank of India (SBI) and the Government of Sri Lanka in New Delhi in presence of Union Finance Minister Nirmala Sitharaman, External Affairs Minister S Jaishankar and visiting Sri Lankan Finance Minister Basil Rajapaksa.

Earlier, India has also extended over USD 900 million facilities to Sri Lanka in line with its strong commitment to stand with Sri Lanka for economic recovery and growth.

This included deferment of Asian Clearing Union settlement of over USD 500 million and currency swap of USD 400 million.

In January this year, India also offered a new Line of Credit (LOC) of USD 500 million to Sri Lanka for purchase of petroleum products.