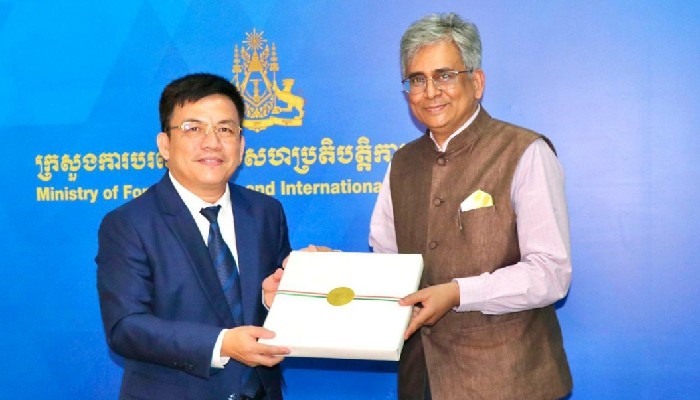 India on Monday reaffirmed support for Cambodia’s successful Chairmanship of ASEAN this year.

On April 10-11, as part of his three-nation tour to the region, India’s Secretary (East), Saurabh Kumar visited Phnom Penh, Cambodia, said a statement of the Ministry of External Affairs (MEA).

He appreciated the role played by Cambodia including that by Deputy PM and FM Prak Sokhonn as the Special Envoy of ASEAN Chair on Myanmar, it stated.

They appreciated the close cooperation between India and Cambodia and agreed to further deepen the bilateral relations, particularly in areas such as defence and security, health, connectivity – digital and physical infrastructure, capacity building and development cooperation, it further said.

The two sides also exchanged views on regional and international issues of mutual interest, it mentioned.

The talks were held in a friendly atmosphere, the statement said. Both sides agreed to hold the next round of discussions at a mutually convenient date, it maintained.