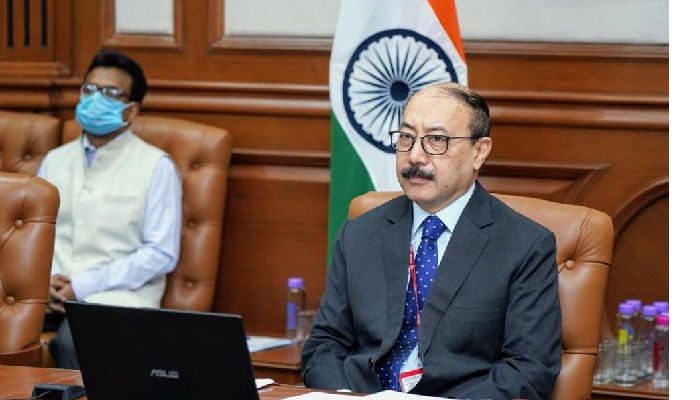 To be hosted in 2023, the G20 summit will be the biggest-ever multilateral event in India in recent years

Foreign Secretary Harsh Vardhan Shringla, who is retiring on April 30, will become a coordinator for the G-20 Summit which India will host in 2023. As per sources, Shringla will take charge of his new role as the G-20 coordinator on May 1.

This will be a significant opportunity for the 1984-batch Indian Foreign Service officer to further showcase his mettle as a highly experienced diplomat, known for his cool headedness.

According to sources, the newly created role for Shringla will include both substantive aspects as well as logistics. Union Minister for Commerce and Industry Piyush Goyal will continue to serve as India’s G-20 Sherpa.

The G20 summit in 2023 will be the biggest-ever multilateral event to be hosted in India in recent years.

“It will be a tremendous opportunity for India to showcase its infrastructure, rich culture and diversity, and hospitality at the global stage,” source said.

“We have not hosted any multilateral event on this scale before. It will entail the P5 delegations being together in India for the first time ever, as well as some of the world’s largest economies,” source added.

“The year under our G20 Presidency will require us to organise around 190 meetings, including 1-2 Leaders’ Summit and several ministerial-level meetings,” source said.