President Biden believes partnership with India ‘one of the most important relationships’: White House 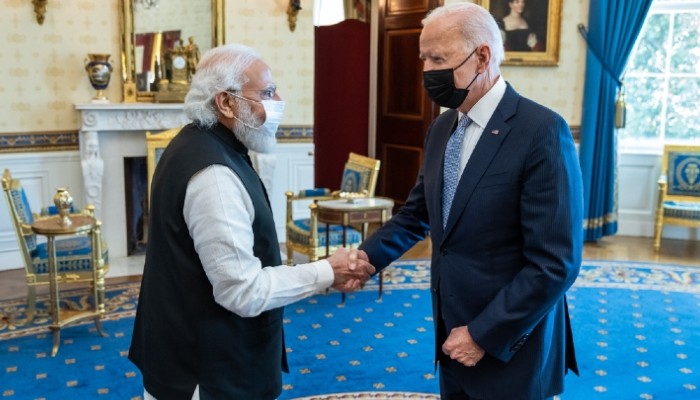 The Fourth India-U.S. 2+2 Ministerial Dialogue will be held on April 11 in Washington D.C.

President Joe Biden believes that the US-India partnership is one of the most important relationships in the world, the White House said ahead of the India-US 2+2 ministerial dialogue to be held in Washington DC.

White House Press Secretary Jen Psaki, in her Press Briefing on Friday, said that President Biden expects that at this 2+2, Secretary Blinken and Secretary Austin will continue "driving forward our work with India and our shared goals in the Indo-Pacific region and around the world".

Replying to a question on the expectations from the first India-US 2+2 dialogue under the Biden Administration, to be hosted by US on April 11, Psaki said, "President Biden believes our partnership with India is one of the most important relationships we have in the world".

Noting that President Biden met with Prime Minister Narendra Modi and other Quad leaders in March, she said, "We also believe both sides will continue our close consultations on the consequences of President Putin’s brutal war against Ukraine and mitigating the impact by addressing energy and food prices. Obviously, it could cover a range of topics, but we expect that to be a central one".