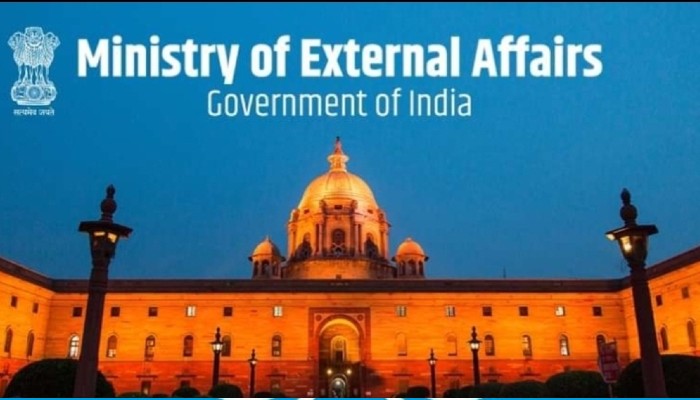 India has been ‘very open’ about its economic relations with Russia, the Ministry of External Affairs said.

Political colouring should not be attributed to India’s actions, the MEA Spokesperson said

Reiterating that India has established economic relations with Russia, the Ministry of External Affairs (MEA) on Thursday said that the focus was on stabilizing them in the current circumstances and that political colouring should not be attributed to her actions.

India has been ‘very open’ about its economic relations with Russia and that discussions are underway on what kind of payment mechanisms can work between the two countries in the current situation, MEA Spokesperson Arindam Bagchi said in response to a query at the weekly media briefing.

In reply to a question on public statements from US officials expressing disappointnent with India’s stand on Russia and seeking his reaction ahead of the India-US 2+2 Dialogue, Bagchi said, "Let me emphasize couple of these points - as you are aware, we have established economic relations with Russia".

“Our focus is on stabilizing this established economic relations in the current circumstances. And we've been very open about it. And we've been saying the requirement and the need to stabilize it given the difficulties,” he said.

“So I think that's pretty clear regarding our position. As regards, you know, who is trading with Russia and that kind of line of consequences and what consequences are on that? I think EAM also addressed this in his comments,” the MEA Spokesperson added.

“Let me just emphasize that energy flows to Europe are continuing, fertiliser purchases have been insulated. There are such other examples also. So I think I'll just rely on what EAM said, political colouring should not be attributed to our actions. I think that sums up well on that,” he argued.

Replying to a question on comments of US Deputy Security Advisor Daleep Singh warning about consequences of setting up payment mechanisms that could subvert sanctions that the US has placed on Russia, Bagchi said, "We had broad ranging discussions during his visit on contemporary economic issues, such as working with India and the G20 and our forthcoming G20 Presidency, the infrastructure development, climate finance, critical technologies, and ensuring food security".

“He also briefed us on the context, objectives and efficacy of US sanctions on Russia. So I think that gives the good sense of how we see these variety of comments as you correctly said,” he informed.

“I don't think that it has anything related particularly in the 2 + 2 context, I think as I emphasized, we have a very strong robust diversified relationship with the US and this 2 + 2 is in that context and is something that we're looking forward to,” Bagchi stated.

Arguing that there is a lot of trade including oil trade that is going on, the MEA Spokesperson said, he doesn’t know about any kind of pressure on India.

“Yes, of course, each side has its own views on what we should do or not do, but as I said our focus right now is on maintaining and stabilizing the economic relationship with Russia in the current situation where sanctions have been imposed,” he added.

“We are discussing the same with others and also internally. It's not that something has changed immediately. There may be some impacts of sanctions on us, but how much it would be is not clear yet,” Bagchi clarified.

“Regarding oil imports also, Petroleum Ministry would be in a better position to tell you the details. Oil from Russia is being imported by other countries,” he mentioned.

“External Affairs Minister said in Parliament that as an oil importing country, we have our own problems and that every country has to take care of its needs. But our import of oil from Russia is very low, we import more from other countries. So in this also I don’t have news of any immediate change,” the MEA Spokesperson said.