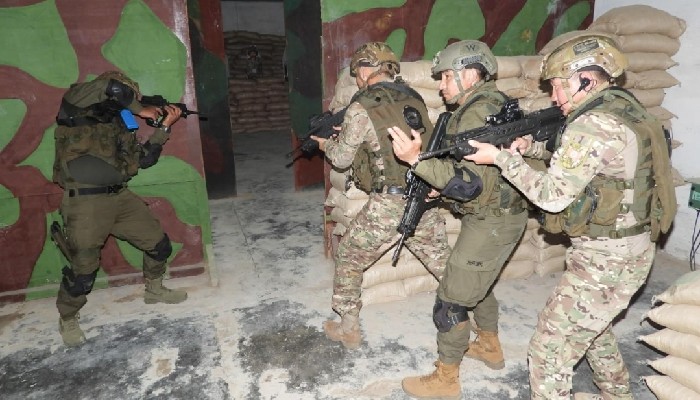 The Exercise was focused on sharing Tactics, Techniques, Procedures, said the Indian Army

The exercise, which commenced on March 25 at the Special Forces Training School, Bakloh (Himachal Pradesh) culminated on Wednesday.

Over the past two weeks, Special Forces contingents from India and Kyrgyzstan shared their expertise and best practices of tactics, techniques and procedures to counter existing and emergent threats across the entire spectrum of conflict, said the Ministry of Defence.

Besides sharing special skills and techniques between participating Special Forces contingents, the joint training further strengthened the existing bond between India and Kyrgyzstan that has fostered over years of mutual respect for strategic autonomy, democratic values and zero tolerance for terrorism, the defence ministry said.

"The 9th Edition of India-Kyrgyzstan Joint #SpecialForces Exercise was conducted at Special Forces Training School, #Bakloh. The exercise has strengthened mutual confidence & interoperability between #SpecialForces of both the Nations against emergent threats," the Indian Army said on Twitter.