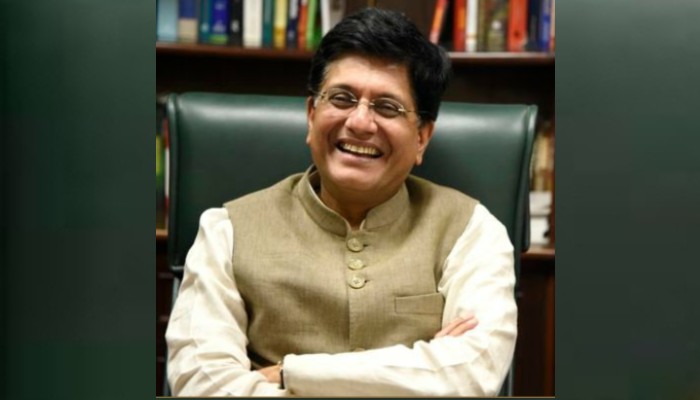 During the visit, Piyush Goyal will discuss how to take forward the Economic Cooperation and Trade Agreement (File).

The minister will hold discussions with top Australian authorities and businesses

Union Minister of Commerce & Industry Piyush Goyal left on a visit to Australia on Tuesday, days after the two countries signed the Economic Cooperation and Trade Agreement (ECTA).

The minister will hold wide-ranging discussions with important Australian authorities and business leaders on how to take full advantage of the trade pact, signed on Saturday. He will be visiting Melbourne, Sydney and Perth.

Goyal will hold wide-ranging discussions with his Australian counterpart, Minister for Trade, Tourism and Investment Dan Tehan on carrying forward the ECTA, the Union Ministry of Commerce & Industry said.

He will also hold talks with Tony Abbott, Australian PM’s Special Trade Envoy. Interactions have been planned with Business leaders, Indian students, diaspora to take ECTA to the people.

Goyal will visit the landmark Melbourne Cricket Ground and address the Australia-India Chamber of Commerce and Austrade, along with Minister Dan Tehan, besides interacting with the Indian media.

He will later visit the Shiva Vishnu Temple in Melbourne and attend a Community event with the Indian Diaspora.

On Thursday, Goyal and Minister Dan Tehan will address and interact with students at the University of New South Wales in Sydney and pay tributes at the statue of Mahatma Gandhi in the University campus.

The India-Australia ECTA signed on Saturday is touted to help take bilateral trade from $27.5 billion at present to $45-50 billion in the next five years.

The agreement is also expected to create new employment opportunities, raise living standards and enhance the overall welfare of the people of both countries. Additional employment generation is expected to be 10 lakhs within the next 5 years.

This is the first trade agreement of India with a developed country after more than a decade and provides for an institutional mechanism to improve trade between the two countries.

Australia is the 17th largest trading partner of India, while New Delhi is Canberra's 9th largest partner. India's goods exports amounted to $6.9 billion and imports aggregated to $15.1 billion in 2021.