Vinay Mohan Kwatra, India's Ambassador to Nepal, to be next Foreign Secretary 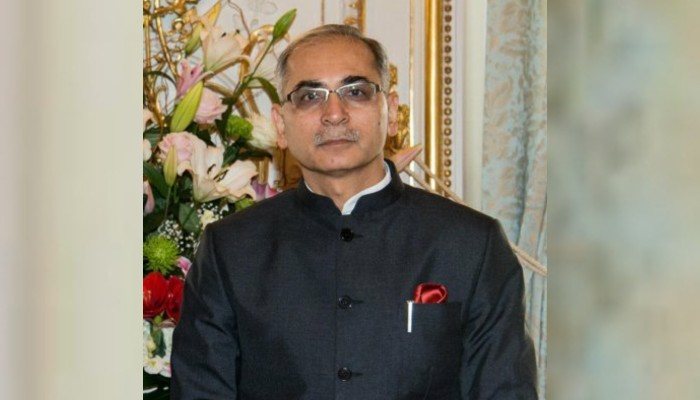 India's Ambassador to Nepal Vinay Mohan Kwatra has been appointed as the next Foreign Secretary.

An order of the Appointment of Committee of the Cabinet on Monday approved the appointment of Ambassador Kwatra (IFS: 1988) to the post of Foreign Secretary of India.

He will succeed current Foreign Secretary Harsha Vardan Shringla, who is retiring on April 30.

Kwatra, who is serving as Ambassador of India to Nepal from March 2020, has held a wide range of responsibilities during his career in the Indian Foreign Service (IFS). This includes a stint at the Indian Embassy in China.

Prior to his diplomatic assignment in Nepal, he served as the Ambassador of India to France from August 2017 till February 2020.

After joining the IFS in 1988, he served as Third Secretary and then Second Secretary in the Permanent Mission of India in Geneva until 1993, where apart from learning the French language, he handled work relating to the UN specialized agencies, as also the Human Rights Commission.

During this period, he also obtained a diploma in International Relations from the Graduate School of International Studies in Geneva.

Between 1993 and 2003, he served as Desk Officer at Headquarters dealing with United Nations, and subsequently in the Diplomatic Missions in South Africa and Uzbekistan.

Between 2003 and 2006, he served as Counsellor and later as the Deputy Chief of Mission in the Embassy of India in Beijing, China.

From 2006 to 2010, he represented India at the SAARC Secretariat in Nepal as head of the Trade, Economy and Finance Bureau, it mentions.

From May 2010 till July 2013, he served as Minister (Commerce) in the Embassy of India, Washington.

Between July 2013 and October 2015, Kwatra headed the Policy Planning & Research Division of the Ministry of External Affairs and later served as the head of Americas Division in the Foreign Ministry where he dealt with India’s relations with the United States and Canada.

From October 2015 till August 2017, Kwatra served as Joint Secretary in the office of the Prime Minister of India.