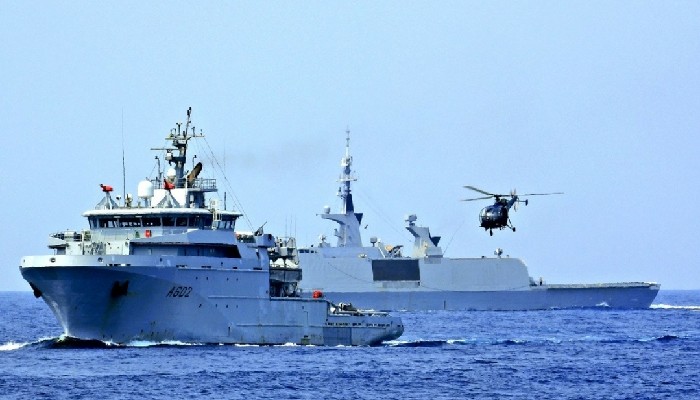 Varuna-2022, the 20th edition of the Indo-French Bilateral Naval exercise which was being conducted in the Arabian Sea, culminated on Sunday.

This year’s exercise had an expanded scope covering a broad spectrum of maritime operations. All operational objectives of the exercise were accomplished by the participants in full measure, the ministry of defence said on Monday.

Notably, the joint naval exercise between the two Navies is being held since 1993 and the exercise was christened as ‘VARUNA’ in 2001. Various ships, submarines, maritime patrol aircraft, fighter aircraft and helicopters of the two navies participated in the VARUNA-2022 exercise.

The exercise reflected high synergy and mutual understanding between the Indian Navy and French navies that is expected to bolster their ability to undertake joint operations in the maritime theatre when required.

Further, the units also undertook cross-deck landings by integral helicopters, showcasing a high level of interoperability between them. Gun firing and underway replenishment procedures were also exercised between ships.

The final phase of the exercise progressed with a tapered focus on advanced anti-submarine warfare (ASW) exercises.

The last day of the exercise witnessed cross visits of personnel, cross embarkation of sea riders, and a closing session was conducted.

Participants and operations teams of participating units met onboard INS Chennai for a comprehensive debrief. All evolutions conducted at sea were discussed with options for possible inclusions in future editions of the exercise, added the Ministry.

After debriefing, the culmination of the exercise was marked by the traditional steam past between ships of both navies.

INS Chennai passed the column of French warships at close range with personnel biding each other favorable winds and following seas for the journey ahead.