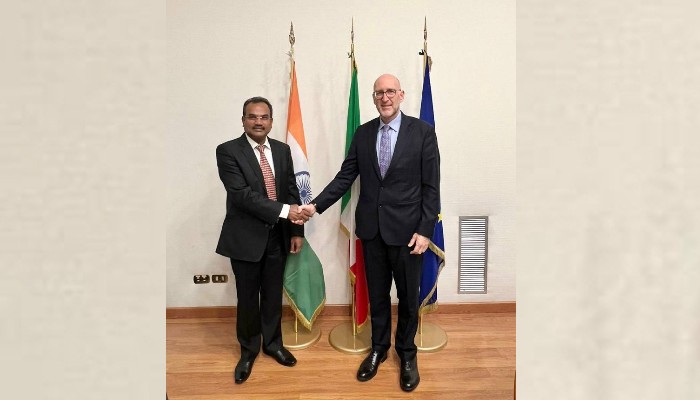 The 3rd meeting of the Joint working group on Counter Terrorism was held in Italy on Friday.

Both sides have also shared their assessment of terrorist threats globally

India and Italy have discussed bilateral and multilateral cooperation in combating terrorism and transnational organized crime.

They have also agreed to further strengthen & deepen cooperation bilaterally & multilaterally including in the Financial Action Task Force (FATF) and the United Nations (UN), the Indian Embassy in Italy said in a tweet.

Both sides shared their assessment of terrorist threats globally at the 3rd meeting of the Joint working group on Counter Terrorism in Italy on Friday, the Indian Embassy said.

The 2nd meeting of the India-Italy Counter Terrorism Joint Working Group was held in New Delhi in June, 2019.

“The Working Group discussed threats posed by terrorist entities globally and in their respective regions including cross border terrorism,” an MEA statement had said then.

“They exchanged views on current counter-terrorism challenges including countering radicalization, terror financing and misuse of internet for terrorist purposes. They also discussed threats arising from transnational crimes and money laundering,” it noted.

“Cooperation in multilateral fora was also discussed,” it had stated.