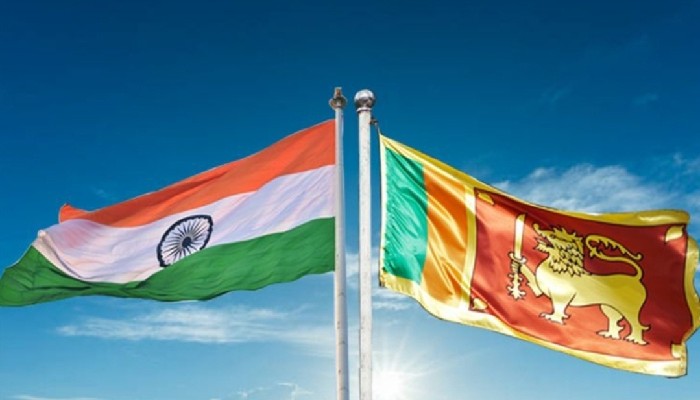 The total fuel delivered to Sri Lanka by India over the last 50 days amounts to nearly 200,000 MT

India has handed over a consignment of 40,000 MT of diesel to Sri Lanka as part of assistance through a Line of Credit of USD500 million.

The island-nation is battling a severe economic crisis which has led to a shortage of fuel and essential supplies.

The consignment of diesel was handed over by High Commissioner Gopal Baglay to Sri Lankan Energy Minister Gamini Lokuge in Colombo on Saturday, said a statement by the Indian High Commission in Sri Lanka.

This is the fourth consignment under the fuel Line of Credit, with previous deliveries on March 16, March 20 and March 23 respectively.

With Saturday's consignment, the total fuel delivered to the people of Sri Lanka over the last 50 days amounts to nearly 200,000 MT, including a consignment of 40,000 MT by the Indian Oil Corporation outside the line of credit facility in February, the statement said.

High Commissioner Baglay characterized the fuel deliveries as a concrete manifestation of India’s commitment to the people of Sri Lanka in the current circumstances in line with the Neighbourhood First Policy.

Energy Minister Lokuge thanked the Government of India for the fuel consignments.

It may be recalled that the Export Import Bank of India and the Government of Sri Lanka signed a US$ 500 million Line of Credit Agreement for purchase of petroleum products on February 2 this year.

According to the Indian High Commission statement, the agreement was signed by Treasury Secretary S.R. Attygalle from the Sri Lankan side and Chief General Manager of EXIM Bank Gaurav Bhandari from the Indian side.

Further, in response to a separate and urgent request from the Government of Sri Lanka, extension of a credit facility of USD 1 billion for supply of essential items including food and medicines has been finalized and the first shipments of rice under this facility is expected to reach Sri Lanka soon, the Indian High Commission said.

In January this year, India had provided financial assistance to Sri Lanka that included a credit swap of US$ 400 million and deferment of an Asian Clearing Union payment of over US$ 515 million.

In cumulative terms, Indian support to the people of Sri Lanka in the first quarter of 2022 is in excess of US$ 2.5 billion.

In view of the urgent nature of Sri Lanka’s requirement, India worked overtime to expeditiously finalise and start implementing both the lines of credit, within weeks, the Indian High Commission statement said.

The Government of India also continues to encourage efforts towards medium to long term capacity creation through enhanced Indian investment in Sri Lanka in key sectors that include ports, renewable energy, and manufacturing, it maintained.