Ready to discuss if India wants to buy anything from us, says Russian Foreign Minister Lavrov 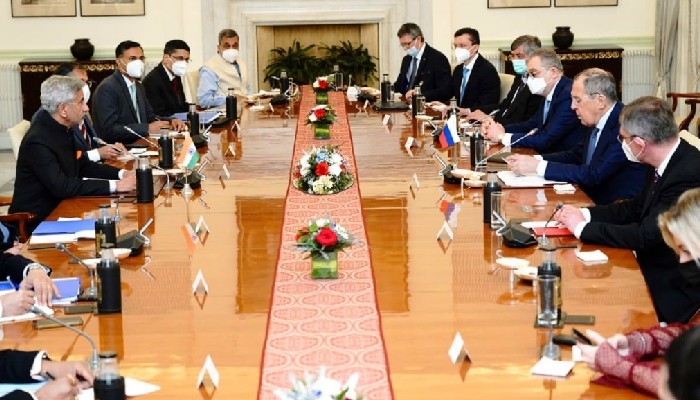 Russia is willing to discuss if India wants to buy anything, Russian Foreign Minister Sergey Lavrov said on Friday.

"If India wants to buy anything, we are ready to discuss and reach mutually acceptable forms of cooperation," Lavrov said in response to a question during a media interaction after his meeting with External Affairs Minister S Jaishankar in New Delhi.

The remark assumes significance in view of the sanctions imposed on Russia by many western nations following its invasion of Ukraine on February 24.

At an event in New Delhi on Thursday evening, EAM Jaishankar had said the talk of sanctions looks like a campaign. With visiting UK Foreign Secretary Elizabeth Truss looking on, he had argued that it was Europe that was buying more oil from Russia than before the war.

On Friday, Russian Foreign Minister Lavrov spoke specifically about the supply of oil and high technology to India. He also referred to the rupee-rouble system of trade as something that was ongoing for years, and said Russia preferred to deal in national currencies due to "the unreliable nature of our western counterparts".

Earlier, EAM Jaishankar and FM Lavrov assessed the overall state of cooperation and considered the implications of recent developments on trade and economic relations.

"EAM underlined that as a developing economy, global volatility in different domains is of particular concern to India. It is important for both countries that their economic, technological and people to people contacts remain stable and predictable," the Ministry of External Affairs (MEA) said.