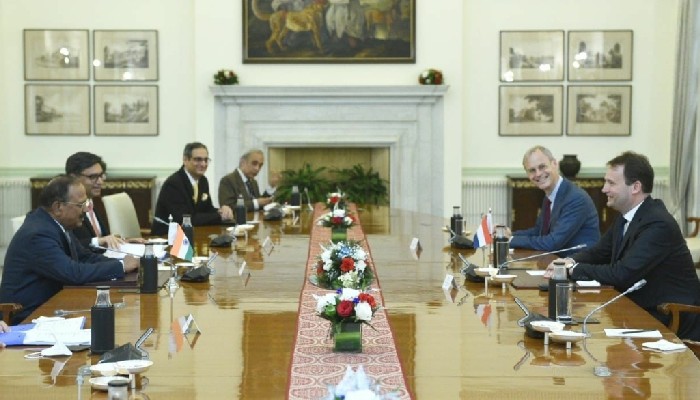 According to sources, NSA Doval and Security and Foreign Policy Advisor to the Prime Minister of the Netherlands Geoffrey Van Leeuwen had an intensive discussion covering a wide range of bilateral issues as well as major regional and global developments.

Both of them underlined the importance for India and the Netherlands to remain engaged on these issues and intensify their contacts, including through policy dialogues on issues of mutual interest, the sources said.

The two also agreed to strengthen further the partnership between the two countries by expanding ongoing defense, security and counter- terrorism cooperation, the sources added.

This year marks the 75th anniversary of the establishment of bilateral relations between the two sides. To commemorate this milestone, President Ram Nath Kovind is paying a State visit to the Netherlands from April 4 to April 7 at the invitation of the King and Queen of the Netherlands.

On Wednesday, NSA Doval had met his German counterpart in New Delhi. During the meeting, NSA Doval and Security and Foreign Policy Advisor to the German Chancellor Jens Plötner had reaffirmed the strength and resilience of the strategic partnership between the two countries.