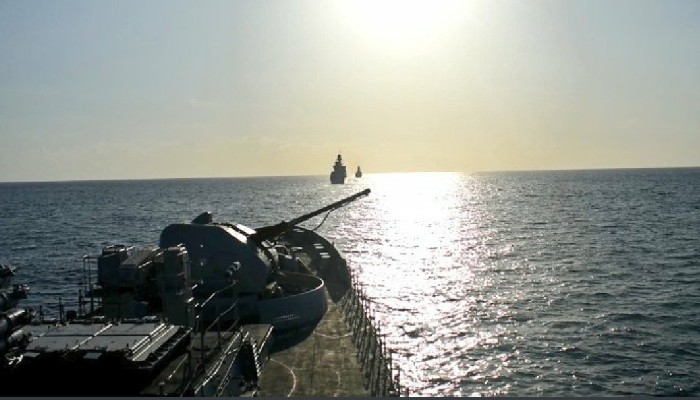 This is the 20th edition of the bilateral naval exercise.

The navies of India and France are currently engaged in a joint bilateral exercise, "Varuna-20", in the Arabian Sea in an endeavor to further deepen their maritime cooperation.

As part of the joint exercise, the two countries would explore measures to facilitate the operational-level interactions between their respective armed forces and increase mutual cooperation, considering the common global threats, the Ministry of Defence said in Thursday.

Several units including ships, submarines, maritime patrol aircraft, fighter aircraft and helicopters of the two navies are participating in the exercise, the ministry added.

Initiated in 1993, the 20th edition of the bilateral naval exercise is being conducted in the Arabian Sea from 30th March to 3rd April, 2022. The exercise was christened ‘VARUNA’ in 2001 and has become a vital part of India – France strategic bilateral relationship.

The Varuna series of exercises has grown in scope and complexity over the years with increasingly ambitious joint exercises and provides an opportunity for both navies to increase interoperability and learn from each other's best practices, the defence ministry said.