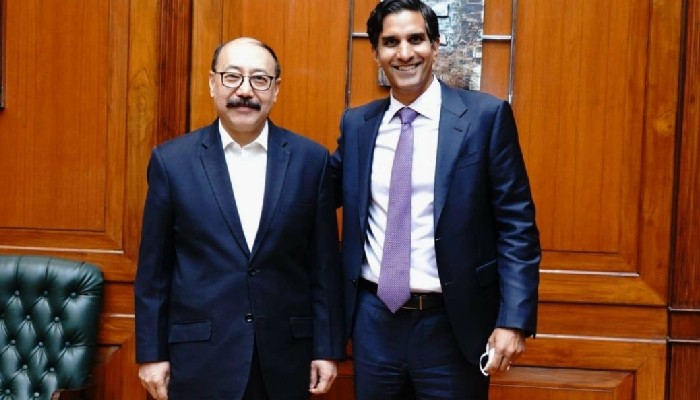 "Look forward to working together on global issues of mutual interest, including in G20," the tweet added.

Our complementary partnership will help us build resilient economies in a dynamic world order," Goyal had tweeted after the meeting.

The US DSA’s visit to India comes ahead of the 2 plus 2 dialogue between India and United States.

In a statement before the visit, US National Security Council spokesperson Emily Horne had earlier said that Singh would be in New Delhi "to continue our ongoing consultations with the Government of India, and advance a range of issues in the U.S.-India economic relationship and strategic partnership.”

According to the statement, Singh would meet with Government of India officials to deepen cooperation to promote inclusive economic growth and prosperity, and a free and open Indo-Pacific.

He will consult closely with counterparts on the consequences of Russia's unjustified war against Ukraine and mitigating its impact on the global economy, the statement had further said.

The US Deputy NSA will also discuss the priorities of the Biden Administration, including the promotion of high-quality infrastructure through Build Back Better World and the development of an Indo-Pacific Economic Framework, the statement had added.