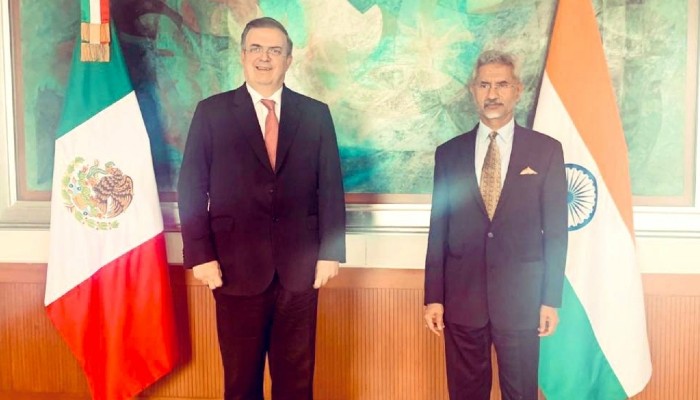 During his visit from March 30 to April 1, he will meet with External Affairs Minister S Jaishankar and undertake a comprehensive review of bilateral relations besides also discussing international issues of mutual interest, the Ministry of External Affairs (MEA) said on Tuesday.

He will also visit Mumbai, the MEA said. He will be visiting India at the invitation of EAM Jaishankar.

The visit of the Foreign Minister of Mexico follows EAM Jaishankar’s visit to Mexico City in September last year, the MEA mentioned.

“This exchange of visits will consolidate and further strengthen the privileged partnership between India and Mexico,” it added.

Currently, Mexico is India’s second largest trade partner in Latin America and is a member of the UN Security Council (UNSC) alongside India for the period 2021-22, the MEA further said.

The two countries had agreed to work together to elevate their ties from a ‘Privileged Partnership’ to 'Strategic Partnership´ during Prime Minister Narendra Modi's visit to Mexico in June 2016, it further states.

An outstanding feature of the current engagement is the sharp spurt in bilateral trade and investment in recent years. The bilateral trade reached 10.2 billion USD in 2018, surpassing the 10 billion mark for the first time, the Indian Embassy in Mexico further said.