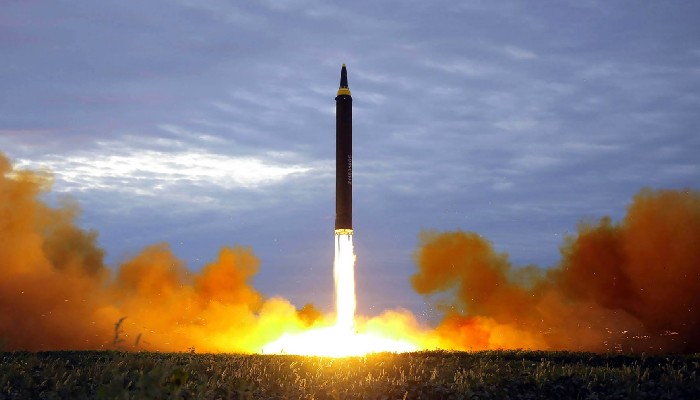 North Korea’s linkages to missile technologies have an adverse impact on peace, security in the Indo-Pacific region: India

India has denounced the recent launch of an intercontinental ballistic missile (ICBM) by the Democratic People's Republic of Korea.

"India deplores the launch of an ICBM by North Korea. This is a violation of the resolutions of the UN Security Council relating to the country. It affects the peace and security of the region and beyond,” a statement by the Permanent Mission of India to the United Nations on Friday said, citing the highlights made by the envoy during the meeting.

North Korea tested what is believed to be its first intercontinental ballistic missile (ICBM) in more than four years that splashed down in waters off Japan's western coast on Thursday following which Japan, the US and South Korea all condemned the test of a long-range ballistic missile.

While addressing a United Nations Security Council meeting on non-proliferation by North Korea, Ambassador to India for UN TS Tirumurti said the recent launch is a violation of the resolutions of the UN Security Council.

"These linkages have an adverse impact on peace and security in the region, including in India. Support dialogue to resolve the issues in the Korean Peninsula," added Tirumurti.

Tirumurti also said that India had granted humanitarian assistance of $1 million for the people of North Korea in the form of anti-Tuberculosis medicines through the WHO and reaffirmed New Delhi's continued support to denuclearization towards peace and security in the Korean Peninsula.

While the world is plagued by the ongoing Russian invasion of Ukraine, nuclear-armed North Korea sprang the ICBM test and the suspected ICBM flew to an altitude of 6,000 kilometres (3,728 miles) and to a distance of 1,080 kilometres (671 miles) with a flight time of 71 minutes.

In response to Thursday's suspected ICBM test, South Korea's military launched several warning missiles for the first time since 2017, the Joint Chiefs of Staff (JCS) said in a statement.