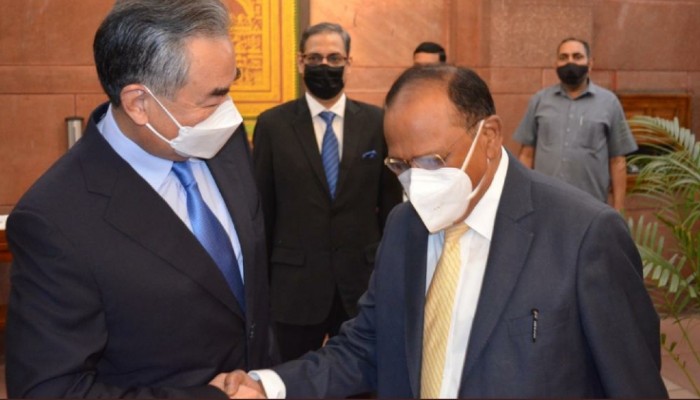 During the discussions, India is learnt to have emphasized on the need to take forward early and complete disengagement in the remaining areas along the border.

There was a need to remove impediments to allow the bilateral relationship to take its natural course, NSA Doval is believed to have pointed out while emphasizing that continuation of the present situation is not in mutual interest.

Restoration of peace & tranquility will help build mutual trust and create enabling environment for progress in relations, he is reported to have told the Chinese Foreign Minister.

Both sides agreed on the need to continue positive interactions at diplomatic and military levels for restoration of peace and tranquility, which is a prerequisite for normalisation

NSA Doval spoke about ensuring that actions do not violate the spirit of equal and mutual security.

The Chinese side invited NSA to visit China to take forward the mandate of Special Representatives. NSA Doval is said to have responded positively to the invitation and stated that he could visit after immediate issues are resolved successfully.

The Chinese Foreign Minister later met External Affairs Minister S Jaishankar, who told him that India-China
relations could not be normal till peace and tranquility were restored in the border areas.