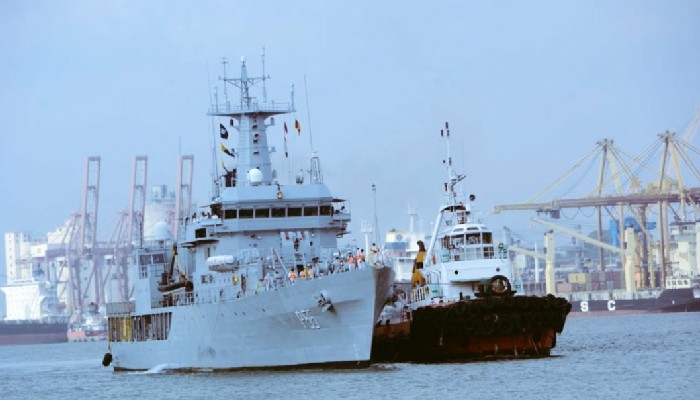 India on Thursday handed over spares of Sri Lankan Naval Ship (SLNS) Sagara provided as grant by New Delhi to the island-nation.

In line with the Government of India's 'Neighbourhood First Policy', Deputy High Commissioner of India Vinod Jacob handed over the spares to Deputy Chief of Staff, Sri Lanka Navy Rear Admiral AUC De Silva, in a ceremony onboard the INS Sharda on Thursday.

The efforts of the Indian Navy are in keeping with its core ideology of 'Bridges of Friendship', towards strengthening its relations with friendly neighbours, it stated further.

Four ships of the Western Fleet of Indian Navy visited Sri Lanka and participated in a maritime partnership exercise with the Sri Lankan Navy on March 13.