Our record speaks for itself, says Foreign Secretary Shringla after Pak PM’s praise 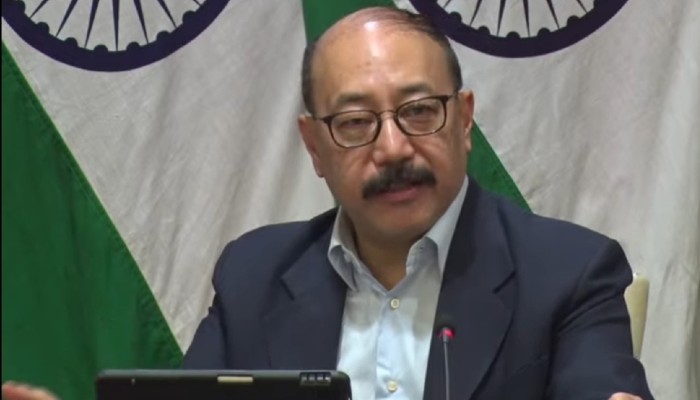 We've received praise across the board for many of our foreign policy initiatives, Harsh Vardhan Shringla said. (File photo)

The Foreign Secretary was responding to a question on the Pakistan Prime Minister's remarks during a special briefing after the 2nd India-Australia Virtual Summit.

On Sunday, Pakistan's PM Khan, who has been a vocal critic of Prime Minister Narendra Modi's government in India, commended India's "independent foreign policy" and said it had imported crude oil from Russia despite US sanctions.

Addressing a rally in Khyber-Pakhtunkhwa province, Khan said he would appreciate neighboring India for having an "independent foreign policy".

The Pakistani PM said that India was part of the Quad Group and had imported crude oil from Russia despite US sanctions on Moscow for its attack on Ukraine. Khan said that his foreign policy would also be in the interest of the Pakistani people.

"I praise our neighboring country, Hindustan, as they always had an independent foreign policy. Today, India is in their (America) alliance and they are part of QUAD (Quadrilateral Security Dialogue); they say that are neutral. They are importing oil from Russia despite sanctions because their policy is for the betterment of people," Khan said during a public rally in the Malakand area of Khyber Pakhtunkhwa.

Before facing the no-confidence motion in Parliament, Imran Khan was rallying for public support. Khan said, “I haven’t bowed before anyone and will not let my nation bow either.”