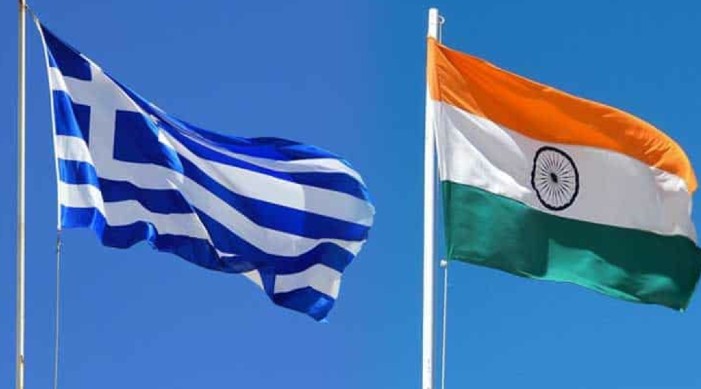 India and Greece enjoy close and friendly ties, rooted in a rich historical past

Greek Foreign Minister Nikos Dendias is on a two-day visit to India for a comprehensive review of bilateral relations and to discuss other issues of mutual interest with External Affairs Minister S Jaishankar.

“The two Ministers will undertake a comprehensive review of bilateral relations and will also discuss regional and international issues of mutual interest,” it noted.

The visit of Foreign Minister of Greece follows Jaishankar's visit to Athens in June last year. This exchange of visits will consolidate and further strengthen the multifaceted relationship between India and Greece, the MEA pointed out

India and Greece enjoy close and friendly ties, rooted in a rich historical past, the MEA added.

According to the Indian Embassy in Greece, India and Greece have traditional long-standing ties which go back to antiquity. Greece is the oldest democracy and India the largest.

“India and Greece share common approaches to many international issues, such as UN reforms and Cyprus,” the Indian Embassy in Greece noted.

It may be recalled that Prime Minister Narendra Modi met with his Greek counterpart Kyriakos Mitsotakis on the sidelines of the High Level Segment of the UNGA 74 in September 2019.

Both leaders had then reviewed the state of bilateral relations and discussed steps to intensify political, economic and people to people exchanges.