Australia investing over $280 million to boost cooperation with India 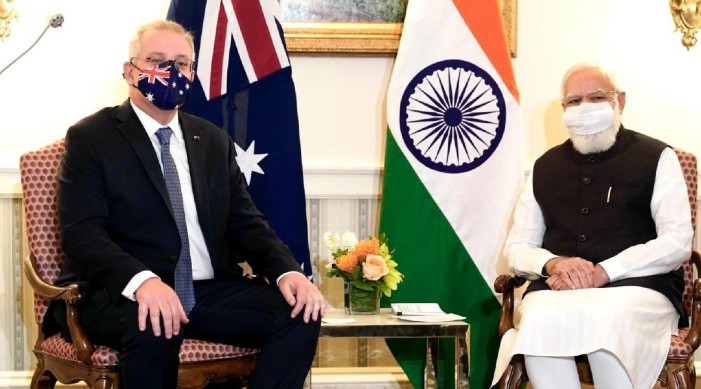 The Morrison government is investing to grow the economic, trade and investment relationship

The Morrison Government is investing over $280 million to boost cooperation with India, to further grow our economic relationship and support jobs and businesses in both countries, Australia said on Tuesday.

According to a press release issued by the office of Australian Minister for Trade, Tourism and Investment Dan Tehan, India is already an important economic and security partner in the Indo-Pacific.

As part of the Update to the India Economic Strategy to 2035 launched today, the Australian Government will provide additional investment in the relationship including:

* $8.9 million to support enhanced business engagement and an increased Austrade presence in India.

* $17.2 million to extend the Australia-India Strategic Research Fund to continue supporting a world-class relationship and establish an Australia-India Innovation and Technology Challenge.

* $35.7 million for a Green Steel Partnership, a Critical Minerals Research Partnership, and a contribution to the International Energy Agency to support cooperation on research, production and commercialisation of clean technologies, critical minerals and energy.

* $28.1 million to launch a Centre for Australia-India Relations to deepen community ties, promote public discussions and policy dialogue, and engage the Indian diaspora.

Minister for Trade, Tourism and Investment Tehan said the Morrison Government was investing to grow the Australia-India economic, trade and investment relationship.

“Our partnership with India is vital as we both strive for stronger, sustainable economic growth and more secure and diversified trade and investment patterns and supply chains," he addded.

According to the minister, the Australian "Government remains committed to the India Economic Strategy and its ambitious goals: to lift India into our top three export markets by 2035, and to make India the third largest destination in Asia for outward Australian investment".

The Update represents a five-year action plan that responds to the evolving opportunities for both countries, building on Australia’s traditional strengths and forging new partnerships in emerging areas of cooperation such as critical minerals; cyber and critical technology; science and innovation.

“Indian diaspora networks can make important contributions to our trade and investment relationship with India, and also to Australia’s international competitiveness generally,” he noted.