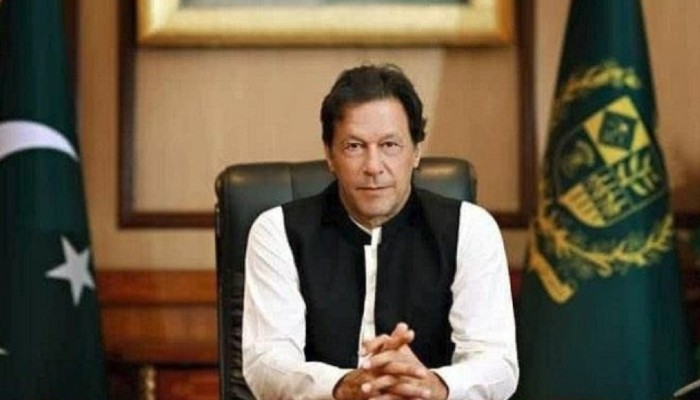 “India is a member of Quad alliance, with the United States as one of its members. But India still calls itself neutral. India is importing oil from Russia, which is facing sanctions. This is because India's foreign policy is for its people,” Imran Khan said, according to media reports.

During a public rally in the Malakand area of Khyber Pakhtunkhwa province, he praised the neighboring country and said that India, which is part of Quad, together with Australia, Japan and the United States (US), has imported oil from Russia regardless of American sanctions.

The US-led Western countries have imposed economic sanctions on Russia for its military offensive in Ukraine which was ordered by President Vladimir Putin on February 24.

According to the media reports, PM Khan added that his foreign policy would also favor the people of Pakistan. “I haven’t bowed before anyone and will not let my nation bow either,” mentioned Khan, who is scheduled to face the opposition's no-confidence motion against him in Parliament.

On March 8 this year, US President Joe Biden announced the banning of Russian oil, natural gas and coal imports to the US in response to the Russian invasion of Ukraine.

Breaking from the tradition of not openly discussing delicate matters relating to foreign relations in public rallies, Khan mentioned that he had said “absolutely no” to the European Union (EU) envoys seeking Pakistan's support against Russia in the Russia-Ukraine conflict because "they broke protocol by making the request".

He said that Pakistan would not have gained anything by complying with the EU's request, the reports said.

“We became part of America's war against terror in Afghanistan and lost 80,000 people and USD 100 billion,” he added.

This is the second time he has spoken against a statement by the EU and other Western countries asking Pakistan earlier this month to condemn the Russian intervention in Ukraine.
In an earlier address, Khan had also asked the EU if it would make a similar demand to India.