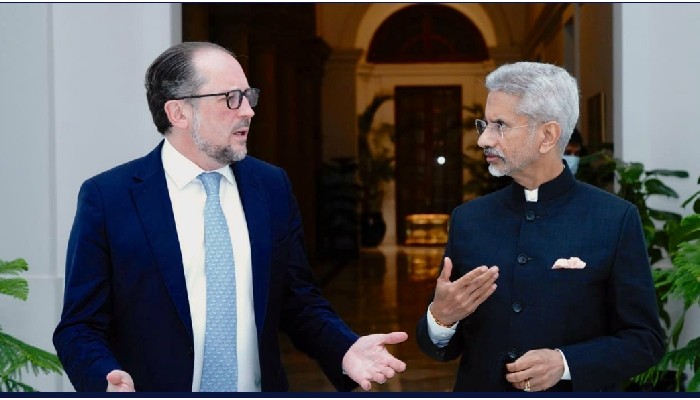 “At the invitation of EAM Jaishankar, Federal Minister for European and International Affairs, Republic of Austria, Alexander Schallenberg, accompanied by a high level business delegation, visited India on an official visit from March 19-21,” said the Ministry of External Affairs (MEA) on Monday.

This is the first visit of FM Schallenberg to India in his current term, it stated.

India and Austria have warm and cordial relations which are based on shared values of democracy, freedom and rule of law. "Our bilateral relations are marked by strong linkages across institutions, academia, culture and people to people ties,” the statement further said.

Over 150 Austrian companies are based in India in sectors like engineering, road construction, railways, hydel power plants, water treatment and auto components. Several Indian companies have also invested in Austria especially in fields of IT, Medicare and auto-components.

“Both sides agreed to further intensify commercial engagements. Austrian business delegates expressed keen interest in investing in sectors such as renewable energy in India,” it said.

According to the MEA, both sides also discussed cultural linkages and looked forward to the celebrations of Azadi ka Amrit Mahotsav as well as 75 years of establishment of diplomatic relations in 2024.

“Both sides also exchanged views on the COVID19 pandemic, including the Vaccine Maitri initiative and mutual recognition of vaccination certificates,” it stated further.