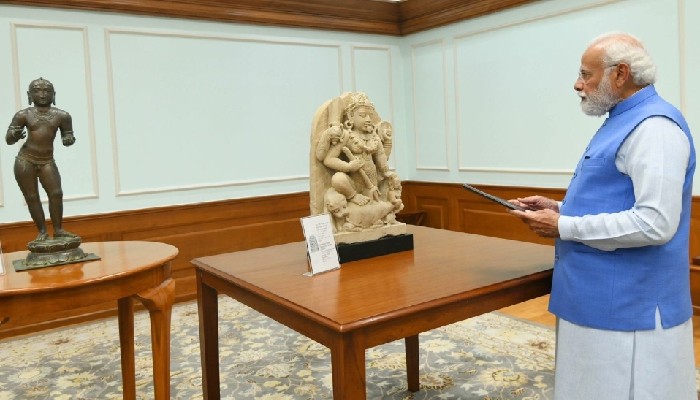 These antiquities come from different time periods, with the earliest dating to 9-10 century CE

Australia has repatriated 29 ancient artefacts from different time periods to India. The earliest of these antiquities date back to 9-10 century CE.

During the virtual summit with Australian Prime Minister Scott Morrison on Monday, Prime Minister Narendra Modi noted that the artifacts were hundreds of years old idols and pictures illegally extracted from Rajasthan, West Bengal, Gujarat, Himachal Pradesh as well as many other Indian states.

Prime Minister Modi expressed his "special gratitude" for this.

"On behalf of all Indian citizens, I once again express my heartfelt gratitude to you for this initiative," he said.

Earlier in the day, PM Modi had inspected the 29 antiquities repatriated to India by Australia.