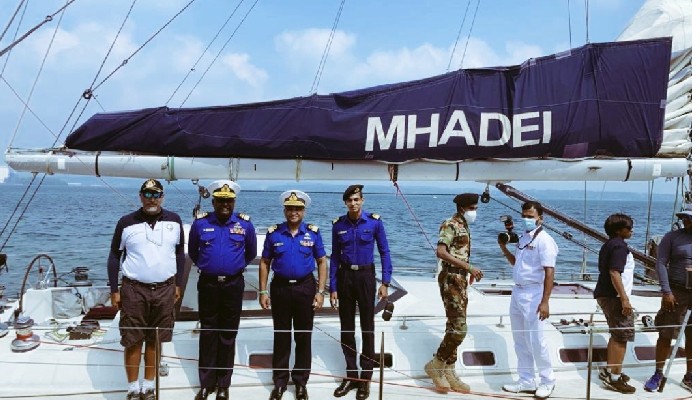 The training engagement was intended to promote naval ties between two countries.

A statement by Sri Lankan Navy said, the ‘Van de stadt Tonga 56’ and ‘LC Class 40’ sailing boats - INSV Mhadei, INSV Tarini, INSV Bulbul, INSV Kadalpura and INSV Hariyal arrived in Trincomalee with a crew of 30 and remained in the port city on the east coast of Sri Lanka for three days, engaging in training programmes.

Subsequently, they sailed for Colombo with 11 officer under trainees, two lady midshipmen and one officer instructor of the Sri Lanka Navy, on March 13.

The training engagement was intended to promote naval ties between the two countries and enhance best practices and procedures beneficial to prospective naval officers.