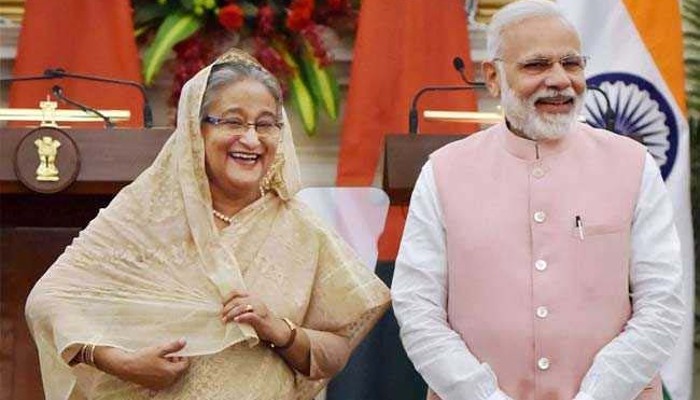 In a letter to PM Modi, Hasina expressed her sincere thanks to him and the Indian government for extending support and assistance in rescuing and evacuating some Bangladeshi nationals along with the Indians who were stranded in Sumy Oblast, Ukraine.

“The wholehearted cooperation that your government has been extending in this regard is a testament to the unique and enduring relationship that our two countries have had over the years,” PM Hasina said in the letter on March 15.

Recalling PM Modi’s visit to Bangladesh last year for the Bangabandhu Sheikh Mujibur Rahman in March last year, Hasina said, “Our bilateral ties have been further consolidated through meaningful engagement at all levels over the past years.”

“I am confident that both Bangladesh and India will continue to stand by each other all the time and work together to realize the collective aspirations of the peoples of the two countries.

Earlier this month, in a carefully planned operation, India was able to evacuate over 500 of its students along with several Bangladeshi nationals and one Pakistani national.

External Affairs Minister S Jaishankar had said earlier this week that despite the challenges posed by the serious ongoing conflict, India ensured that about 22,500 citizens returned home safely from Ukraine.

In a suo motu statement in the Rajya Sabha on the ‘Situation in Ukraine’, he had said, “The Sumy evacuation, which was the last one on a significant scale, was also extremely complex as our students faced the prospect of being caught in crossfire. Their evacuation from the city needed a credible ceasefire, a daunting challenge in the current situation.”

“This finally materialized due to the personal intervention of the Prime Minister himself with the Presidents of Ukraine and Russia. Noting the extraordinary challenges before us, we also dispatched a special team of senior officers to the vicinity of Sumy,” Jaishankar said.

He had further stated that in line with India’s principle of ‘Vasudhaiva Kutumbakam’, foreign nationals were also evacuated from conflict zones and brought to India.

“They included about 150 citizens, 147 to be exact of 18 countries, among them our immediate neighbours like Bangladesh and Nepal,” Jaishankar had told Rajya Sabha.