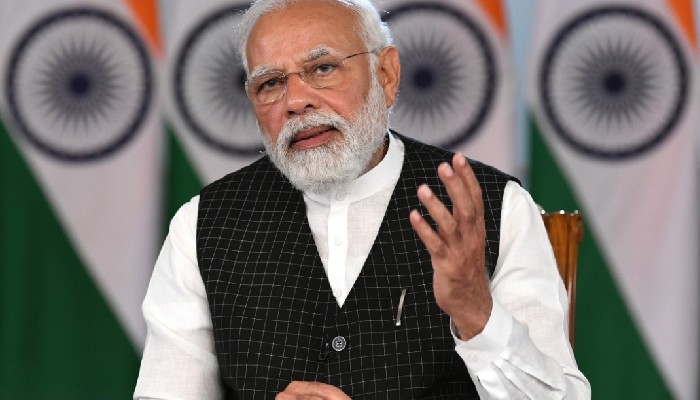 PM Modi congratulated Yoon on his victory in the recent Presidential elections of ROK. (File photo)

Both leaders agree to broaden and deepen their special strategic partnership

Prime Minister Narendra Modi on Wednesday spoke on phone with Yoon Suk-yeol, President-elect of the Republic of Korea (ROK). The leaders agreed on the importance of further broadening and deepening the India-Korea Special Strategic Partnership, especially in the present global context.

A statement by the Prime Minister’s Office (PMO) said PM Modi congratulated Yoon on his victory in the recent Presidential elections of ROK.

“The leaders agreed on the importance of further broadening and deepening the India-Korea Special Strategic Partnership, especially in the present global context,” the statement noted.

“They discussed various sectors that offer potential for accelerated bilateral cooperation, and agreed to work together to this end,” it added.

“The leaders also emphasised their desire to jointly celebrate the 50th anniversary of the establishment of diplomatic relations between India and ROK next year,” the statement informed.
“Prime Minister invited Yoon to visit India at his earliest convenience,” it mentioned.

Last week, PM Modi had congratulated Republic of Korea’s President-elect Yoon Suk-yeol on his victory in the Presidential elections after the latter won what was one of the closest fought races in the country’s recent history, Conservative South Korean opposition candidate Yoon Suk-yeol was elected president.

Thereafter, Prime Minister Modi had paid a state visit to the Republic of Korea in February 2019 at the invitation of former President Moon jae-in, during which both sides held wide ranging discussions on defense, economic, culture and science cooperation.

During the 2019 visit, the two leaders had signed six MOUs were signed on start-ups, joint issue of postal stamp, combating trans-border and international crime, trade facilitation, roadways and media.