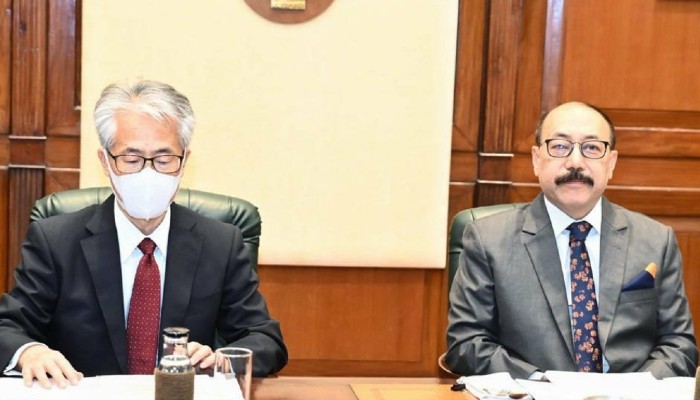 India and Japan held the sixth joint meeting of the India-Japan Act East Forum (AEF) in New Delhi on Tuesday and reviewed the progress of ongoing projects in various areas including connectivity, hydropower, and forest management.

The meeting was co-chaired by Foreign Secretary Harsh Vardhan Shringla and Ambassador of Japan to India Suzuki Satoshi. The meeting was attended by representatives of relevant Ministries and State Governments of the North Eastern Region of India, said a press release issued by the Ministry of External Affairs.

In addition, officials of the Japan International Cooperation Agency (JICA) and the Japan Foundation (JF) participated.

According to the MEA, both sides reviewed progress of ongoing projects in various areas including connectivity, hydropower, forest management, water supply and sewerage, skill development and Japanese language education.

They also exchanged views on possible new areas of cooperation, it further added.

The two countries had held the fifth joint meeting of the India-Japan Act East Forum (AEF) in January last year and had reviewed progress of ongoing projects in the North Eastern Region of India.

The Act East Forum was established after an agreement was signed in September 2017 during the visit of then Japanese Prime Minister Shinzo Abe to India.

The forum works in line with the Japan’s vision for a ‘Free and Open Indo-Pacific’ and India-Japan collaboration in the North Eastern Region under India’s ‘Act East Policy’.