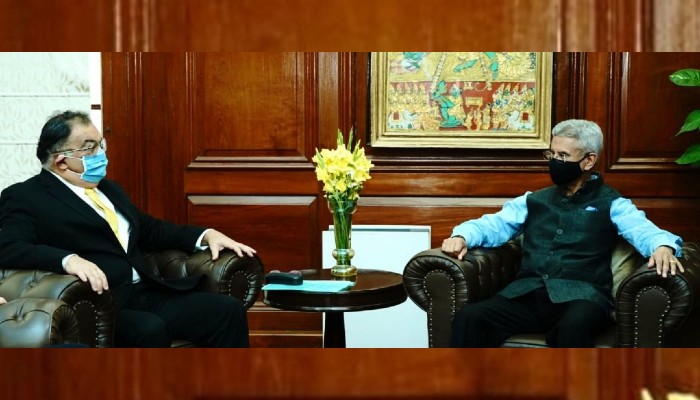 EAM S Jaishankar noted that India and Brazil work together at the G4, UNSC, G20, IBSA and BRICS

A tweet by EAM Jaishankar said that he was pleased to welcome Brazilian Secretary for Strategic Affairs Admiral Flávio Rocha.

“India and Brazil have a growing partnership. We work together at the G4, UNSC, G20, IBSA and BRICS,” he added in the tweet.

“Discussed the relevance of strategic autonomy in an uncertain and a volatile world,” Jaishankar’s tweet further said.

India and Brazil share close and multifaceted relationship at bilateral level as well as in plurilateral fora such as BRICS, BASIC, G-20, G-4, IBSA, International Solar Alliance, Biofuture Platform and in the larger multilateral bodies such as the UN, WTO, UNESCO and WIPO.

In December last year, India and Brazil held bilateral consultations at Director General (DG) level on UN related issues in Brasilia, a statement by the Ministry of External Affairs had said.

“India congratulated Brazil for its election as a non-permanent member of the UN Security Council (UNSC) for the 2022-23 term and welcomed its concurrent tenure with India for the year 2022,” it stated.

“As leading voices of the developing world, both sides appreciated the convergences on multilateral issues, including with respect to a wide range of themes on the UNSC agenda,” the MEA had said.

“Both sides shared their respective priorities during their UNSC tenure,” it had noted.

“In keeping with the bilateral Strategic Partnership, they agreed to work closely together on key issues on the UNSC agenda, in particular on their shared commitment to reformed multilateralism,” the MEA had further said.