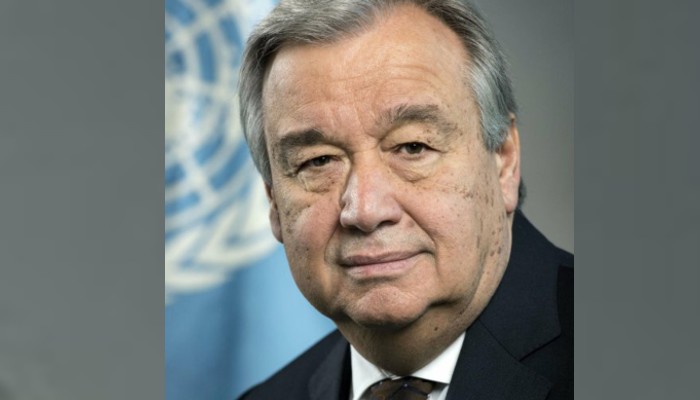 With each passing hour in Ukraine, the death and destruction is getting worse, Antonio Guterres said

UN Secretary General Antonio Guterres on Monday said that he was in close contact with India, China and a number of countries on mediation efforts to bring an end to the war in Ukraine.

“I have been in close contact with a number of countries including China, France, Germany, India, Israel and Turkey – on mediation efforts to bring an end to this war,” Guterres said.

“The appeals for peace must be heard. This tragedy must stop. It is never too late for diplomacy and dialogue. We need an immediate cessation of hostilities and serious negotiations based on the principles of the UN Charter and international law,” he said.

Secretary-General Guterres said that with each passing hour in Ukraine, the death and destruction is getting worse, ‘whatever the outcome, this war will have no winners, only losers’.

He warned that a global economic meltdown caused by the conflict is causing a hunger crisis that is disproportionately affecting the poorest, noting that Ukraine is being "decimated before the eyes of the world."

The death and destruction in Ukraine are increasing by the hour and ‘whatever the outcome, this war will have no winners, only losers,’ Guterres said.

According to the Secretary-General, the UN and humanitarian partners are working "to ensure safe passage from besieged areas and to provide aid where security permits, allowing approximately 600,000 people to receive some form of aid since the bombardment began.

"This comes at a time when nearly two million now displaced inside the country, and close to three million who have become refugees in the past two weeks - the vast majority women and children - are becoming increasingly vulnerable, he warned.

"Food, fuel and fertilizer prices are skyrocketing. Supply chains are being disrupted. And the costs and delays of transportation of imported goods - when available - are at record levels," Guterres said and added that all of this is hitting the poorest the hardest.