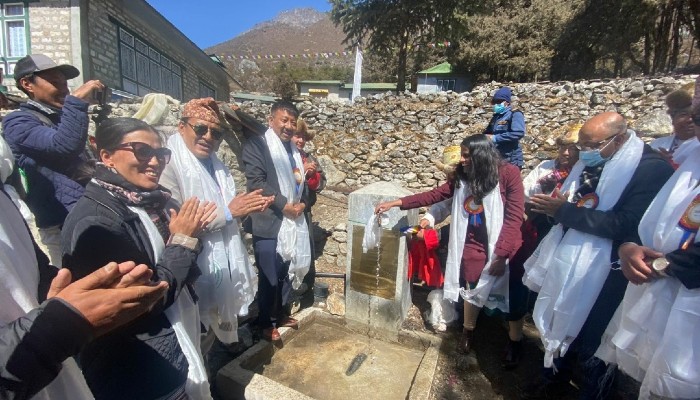 This is one of the 75 projects being inaugurated this year in Nepal as part of ‘India@75 Azadi Ka Amrit Mahotsav'.

Since 2003, India has taken up over 500 High Impact Community Development Projects (HICDPs) in Nepal

Reflecting India’s continued commitment in complementing the efforts of Nepal to create infrastructure in priority sectors on Monday, a Drinking Water Supply Project in Solukhumbu District, built under India’s financial assistance, was inaugurated in Monday.

"This is one of the 75 projects being inaugurated this year in Nepal as part of ‘India@75 Azadi Ka Amrit Mahotsav’ which celebrates 75 years of India’s independence," the Indian Embassy in Nepal said on Twitter.

This marks yet another milestone in bilateral cooperation and also an important reflection of the priority attached by India to its partnership with Nepal.

Since 2003, India has completed more than 500 projects in the areas of health, education, drinking water, connectivity, sanitation and creation of other public utilities across all 7 provinces of Nepal under grassroots level HICDPs.